When entertaining a jurisdictional challenge to wind-up a foreign company with no place of business in Hong Kong, is it a material concern that alternative remedies for unfair prejudice are available at the company’s place of incorporation but not in Hong Kong (“Question”)? Whilst this Question was raised for the first time in Kam Leung Sui Kwan and Kam Kwan Lai (2015) 18 HKCFAR 501 (“Yung Kee”), it was left unresolved by the CFA as the point was considered to have been raised too late in the proceedings; indeed, for the point to be taken, the court held that the respondent had to raise it “at the earliest possible opportunity” (Yung Kee §61). This was thus done by the respondents in Scanty Investment Company v Brilliant Functions Limited [2020] HKCFI 498 (“Scanty”), where they promptly challenged the Hong Kong Court’s jurisdiction to wind-up a BVI company on grounds that it was still open to the petitioners to obtain a buy-out order via unfair prejudice proceedings in the BVI (Scanty §8). Answering the Question in the affirmative, Harris J held that it would “generally be unreasonable” for a shareholder to wind-up a foreign company with no place of business in Hong Kong if it has an alternative remedy for unfair prejudice at the company’s place of incorporation (Scanty §9).

Facts and decision in Scanty

The company, ACE International (BVI) Ltd (“ACE”), was incorporated in the BVI, solvent, and had an ongoing business (Scanty §2). The petitioners (“Petitioners”) petitioned to wind-up ACE on just and equitable grounds in Hong Kong (“Petition”). However, no relief for unfair prejudice was sought in the Petition as the Hong Kong Court has no jurisdiction to entertain such proceedings if the foreign company lacks a place of business in Hong Kong, as was the case for ACE (Scanty §6).

The respondents (“Respondents”) applied to strike-out the Petition on grounds that the Hong Kong Court should not exercise jurisdiction to wind-up ACE as “[the Respondents] can obtain a buy-out order” via unfair prejudice proceedings in the BVI (Scanty §2).

At the hearing of the strike-out application, the Petitioners undertook not to seek relief for unfair prejudice in the BVI should the Hong Kong Court refuse to wind-up the Company (“Undertaking”). On this basis, Harris J dismissed the application as the Undertaking had now foreclosed the possibility of any unfair prejudice proceedings in the BVI.

However, in the interest of determining costs, the Court went on to consider whether, but for the Undertaking, the Respondent would have prevailed on its strike-out application (Scanty §3). On this issue, Harris J held that, where the place of incorporation of a foreign company has a similar unfair prejudice regime to Hong Kong and that company does not have a place of business in Hong Kong, the dispute should be litigated in the place of incorporation (Scanty §10). This is subject to an exception if the petitioner could show a “compelling reason” not to require it to litigate at the place of incorporation; for example, if the respondent was “unlikely…to finance the purchase of the petitioner’s shares” (Scanty §9).

The judge opined that this approach is consistent with principle.
It is well-established that a contributory winding-up of
a company is a remedy of last resort and a petitioner would be acting unreasonably in insisting on winding-up if there was an alternative remedy (Scanty §2, citing Re Wong To Yick Wood Lock Ointment Ltd [2003] 1 HKC 484 at 488A-B). The same principle applies if the shareholder, having “agreed to participate in a business using a foreign incorporated company”, insists on winding-up that company in Hong Kong (Scanty §9). Ultimately, as the strike-out application would have succeeded but for the Undertaking, the Petitioners were ordered to “pay the costs of the Respondents’ summons” (Scanty §11).

Following Scanty, a contributory’s petition to wind-up a foreign company would likely be struck out (or stayed) if the respondent can show, at the earliest possible opportunity, that (1) the Hong Kong Court has no jurisdiction to grant relief for unfair prejudice because the company has no place of business in Hong Kong and (2) the place of incorporation has a similar unfair prejudice regime to Hong Kong. However, the petitioner may resist the strike out (or stay) if it shows a compelling reason not to require it to litigate in the place of incorporation.

The Scanty approach has much to commend. When a Hong Kong Court hears a petition to wind-up a foreign company with no place of business in Hong Kong, its options are limited to winding-up and making no order whatsoever. Neither is desirable. If no order was made, this might encourage the petitioner to have a second bite at the cherry by petitioning for unfair prejudice at the place of incorporation. This presents a clear risk of inconsistent judgments from different jurisdictions since unfair prejudice and winding-up proceedings are often premised on the same facts. Equally, a winding-up order would be contrary to comity insofar as it pre-empts possible unfair prejudice proceedings at the place of incorporation and prevents the foreign court from making a less draconian buy-out order.

Section 184I of the BVI Business Companies Act (the “BVI Act”) provides a wide range of available remedies to prejudiced shareholders. In addition to the often sought “buy-out” relief, the statutory regime in the BVI also provides less draconian remedies, including a compensation order; order regulating the future conduct of the company’s affairs; order requiring amendment to the memorandum or articles of the company; appointment of receivers; rectification of records of the company; and setting aside any decision made or action taken by the company or its directors in breach of the Companies Act or the memorandum or articles of the company.

Relevantly, proportionality of relief is the theme of a line of recent BVI Court of Appeal judgments.

In Kwok Kin Kwok v. Yao Juan 1 (“Kwok”), the Court of Appeal reaffirmed the wide discretion of a BVI Court in granting remedy pursuant to section 184I of the BVI Act. The Court may make any order “as it thinks fit” to dispose of the claim including but not limited to those listed in section 184I. It follows that the Court is not bound by the relief sought by the claimant (Kwok §65). Despite such wide discretion, the Court of Appeal in Kwok reaffirmed and applied the principles set out in Wang Zhongyong et al v. Union Zone Management et al 2 that the relief must be one that based on conducts alleged to constitute unfair prejudice and contained in the pleaded case (Kwok §63). Following the principles laid out by the Court of Appeal in JF Ming Inc. et al v. Ming Sui Hung, Ronald et al 3, the Court of Appeal considered that the following shall be in the Court’s mind in determining remedy to be granted:

Scanty navigates a middle-ground between both extremities by effectively requiring the petitioner to exhaust all alternative remedies by way of unfair prejudice proceedings at the place of incorporation or, as in Scanty, to undertake not to pursue those proceedings. In light of the wide range of remedies available under the BVI Act, and the BVI case authorities specifically addressing proportionality of remedy, it would seem as a matter of jurisdiction there is clearly something to be gained but nothing to be lost by commencing minority oppression/unfair prejudice actions in BVI if the company in question is incorporated there.

The Scanty approach not only addresses concerns of comity, but is also consistent with the “philosophy underlying Hong Kong’s own legislation” that shareholder disputes should be litigated in the forum that can grant either a buy-out or winding- up order (Scanty §10).

Jose Maurellet SC and Jason Yu (both of Des Voeux Chambers) appeared as counsel for the Respondents in Scanty whose expert opinion was provided by Nigel Meeson QC of Conyers as referred to in the judgment. The authors thank Cyrus Chua of Des Voeux Chambers for his assistance in preparing this article.

This article is not intended to be a substitute for legal advice or a legal opinion. It deals in broad terms only and is intended to merely provide a brief overview and give general information.
For further information please contact: media@conyers.com Closing the financing gap — infrastructure project bankability
The perceived lack of bankable projects by international investors, not the lack of available capital, is the key impediment ... 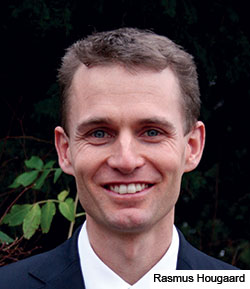 Rasmus Hougaard, global leader of mindfulness launches 'one second ahead' in Hong Kong
Simply put, mindfulness can be defined as the faculty of being aware of where one’s attention is placed, moment-by-moment, and at the same time monitoring one’s intentions, intuitions ...