1. What are the M&A Trends in the Philippines over the last 12 months?

The accelerated growth in the digital economy driven by Covid-19 has spurred M&A deals in the technology, telecommunications and logistics sectors. Likewise, there is sustained growth of M&A activity in power & energy, transportation, financial services, real estate development, manufacturing and healthcare.

Inbound M&A transactions are still mostly coming from China, Japan and Southeast Asia, with a smaller number from other parts of Asia, Europe and the US. We also perceive an increased interest in the past few years from global private equity funds acquiring minority stakes in Philippine businesses.

An emerging trend in the Philippine cross-border M&A market is a focus on environment, social and governance (ESG) aspects of the target, particularly on compliance, both historical and forward-looking. There is a move to require publicly-listed companies in the Philippine Stock Exchange to report their ESG index as a guide for sustainability-focused investors. Philippine companies with foreign investors are now deliberately incorporating ESG standards and reports in company policies.

Another recent M&A trend is the requirement for warranties and indemnities insurance, which are now being offered by a few insurance companies for Philippine M&A deals.

2. How has Covid-19 impacted M&A activities in the Philippines?

The most significant impact of Covid-19 to Philippine M&A is the substantial but temporary increase in thresholds for compulsory merger control notification with the Philippine Competition Commission (PCC), intended to encourage M&A despite the contraction of the economy. The prior thresholds for merger notification – ₱6 billion for Size of the Party (SoP) and ₱2.4b for the Size of Transaction (SoT) – represent a mere fraction of the increased thresholds introduced through Republic Act No. 11494 or the Bayanihan 2, a Covid-19 response and economic stimulus legislation, which raised the transaction values (referring to both SoP and SoT) threshold for notifiable transactions to ₱50b, effective from 15 September 2020 until 14 September 2022.

The Bayanihan 2 further exempted transactions entered into from 15 September 2020 until 14 September 2021 from PCC’s motu proprio power of review. However, the PCC clarified that it may still conduct motu proprio reviews of transactions executed during this period. Considering this, some parties prefer to submit their transaction to the PCC either for a confirmation of non-coverage or for voluntary notification to provide some level of comfort to the parties as a condition to closing.

In addition, Covid-19 restrictions and community quarantine requirements have affected the timing for some M&A deals, particularly where regulatory approvals are required or where availability and access to documents and project sites are limited.

3. What recent changes to laws governing M&A in the Philippines should parties know about?

Significant amendments to the Philippine Tax Code were introduced as part of the Comprehensive Tax Reform Program (CTRP) of the current administration. Republic Act No. 10963 or the Tax Reform for Acceleration and Inclusion (TRAIN) is the first package of the CTRP that took effect on 1 January 2018. The second package of the CTRP is Republic Act No. 11534 or the Corporate Recovery and Tax Incentives for Enterprises (CREATE) which became effective on 11 April 2021.

Relevant to M&A, the TRAIN and CREATE laws increased the capital gains tax rate for sale of shares of stock not traded in the stock exchange to 15% of net capital gains. The donor’s tax rate which may be imposed on share transfers for less than fair market value has been fixed at 6%.

Some of the salient amendments introduced by the CREATE Law which are expected to attract investments and boost the M&A market include:

4. What are the laws regulating foreign investment/ownership?

Foreign ownership of Philippine businesses and undertakings is generally allowed. However, the Philippine Constitution reserves the right for Filipinos to participate in certain activities. Republic Act No. 7042 or the Foreign Investments Act and several other statutes further regulate foreign equity in certain sectors. These restrictions are consolidated in the Foreign Investments Negative List, and include:

Commonwealth Act No. 103 or the Anti-Dummy Law proscribes and penalizes the circumvention of nationality restrictions by any means and prohibits the intervention of foreigners in the management, operation, administration or control of enterprises reserved wholly or partially to Filipinos, except technical personnel whose employment is specifically authorized by the Secretary of Justice. Foreigners may be elected to the board of directors of a corporation engaged in partially nationalized activity in proportion to their allowable participation in the share capital of such corporation.

Foreign direct investments in Philippine firms or enterprises may be registered with the Bangko Sentral ng Pilipinas, which is the Philippine central bank. A Bangko Sentral Registration Document (BSRD) is issued to a foreign investor which will allow the purchase of foreign exchange from the banking system for capital repatriation and remittance of earnings on duly registered investments.

5. What are the key due diligence areas which parties must attend to in an M&A?

Independent due diligence reviews are usually conducted for legal, financial, tax and technical matters. High priority areas for due diligence of a target in the Philippines include:

The due diligence exercise should be conducted with a view of flagging risk items that could impact the deal structure, transaction documentation or timing, or that could result in post-transaction exposure to the parties or the target.

6. What are the tax implications for a foreign investor?

Intercompany dividends received by RFCs from domestic corporations is exempt from tax. Dividends received by NRFCs may be subject to a reduced tax rate of 10% applying the tax sparing rule, or the applicable preferential rate under relevant tax treaty.

In case a foreign shareholder sells or divests its shares of stock in a domestic corporation, the transaction is subject to the 15% capital gains tax on net capital gains, regardless of whether the corporation is an RFC or NRFC.

Where applicable, NRFCs may access preferential tax rates under relevant double taxation conventions subject to approval or a tax treaty relief application filed with the BIR.

7. What are some mistakes parties make or points they overlook when conducting an M&A in the Philippines?

From a legal perspective, foreign investors or buyers at times fail to appreciate the gap between textbook law and actual implementation, as well as the volatility of the regulatory and political environment, when evaluating an investment opportunity. Parties usually focus on ticking off a checklist of necessary permits and approvals, but often fail to consider the social license or acceptability of the deal, the target or the project. For certain types of projects or industries, it is beneficial to have an engagement plan for regulators, local government units, host communities and other relevant stakeholders.

8. What are the future opportunities for foreign investors in the Philippines?

We expect an increase of foreign investments in the construction industry. A recent Supreme Court decision in the case of Philippine Contractors Accreditation Board (PCAB) vs. Manila Water Company (GR No. 217590, 10 March 2020) clarified that construction is not among the activities which the Constitution has reserved to Filipinos and struck down the rule requiring applicants for regular contractor’s license to be at least 60% Filipino-owned. While the case is currently pending with the Supreme Court on a motion for reconsideration, foreign construction companies are gearing up to enter the market as soon as the decision is affirmed by the high court.

The banking and financial services sectors also promise a wealth of opportunities for foreign investors, especially with the fintech space riding a wave of accelerated digital transformation. The foreign ownership restrictions in this industry have already been lifted in the last decade.

A Bill seeking to amend the Retail Trade Liberalization Act to lower the capitalization requirement for foreign retail trade enterprises is in its advance stages. Once it passes into law, more foreign retailers are expected to enter the Philippine market, whether by putting up physical stores or through the booming e-commerce industry.

Another Bill to ease foreign equity restrictions in transportation and telecommunications by amending the Public Service Act is likewise pending in Congress. The Bill proposes to limit the definition of “public utilities” to natural monopolies such as electricity transmission and distribution, water and sewerage, effectively releasing other public services traditionally considered as public utilities, such as transportation and telecommunications, from nationality-based restrictions imposed by the Constitution.

Other exciting opportunities for foreign investors are in capital intensive industries such as energy, infrastructure, manufacturing and real estate development. Because of globalization and digitalization, technology is a rapidly expanding area definitely worth exploring.

9. Where do local legal advisors like yourself provide the most value in an M&A?

The value of engaging local counsel is more pronounced in the Philippines where foreign lawyers and international law firms are generally not allowed to practice law. The value proposition of local legal advisors in M&A deals is highlighted in the following areas:

Transaction structuring requires broad legal knowledge and an experienced perspective on complex and sometimes conflicting legal considerations for the deal, especially when involving highly regulated industries, activities that are subject to nationality restrictions or public companies subject to mandatory tender offers or certain disclosures. A competent local legal advisor offers a nuanced and practical approach to deal structuring that achieves a balance between risk management and commercial strategy.

Findings from due diligence are best evaluated through a local lens to produce a comprehensive risk assessment that considers not only the materiality or impact of a risk but the likelihood of that risk. Solutions for the remediation or mitigation of identified risks may be offered by local counsel for purposes of the transaction, as well as in post-closing integration and beyond. Local counsel’s familiarity with the realities on the ground, including the political climate, local culture, and economic conditions, contributes to a robust risk management plan for the client. 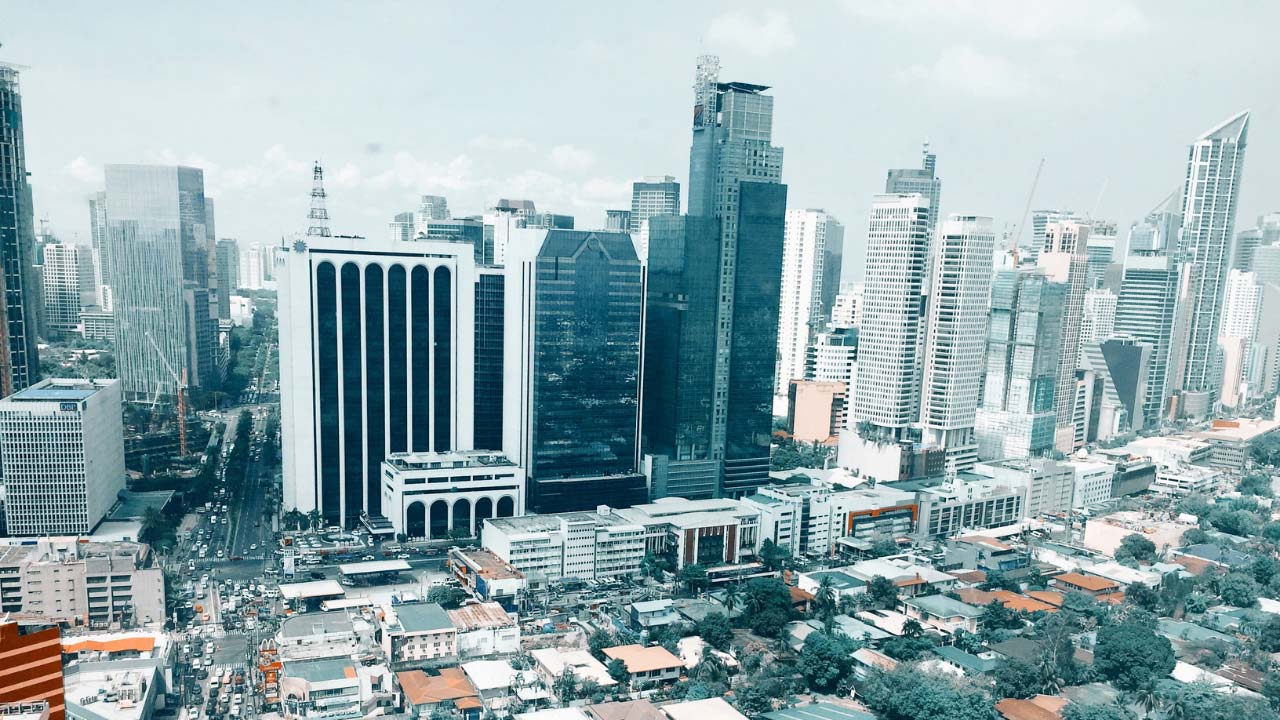 The Shift to PEZA Visas
Related Articles by Jurisdiction 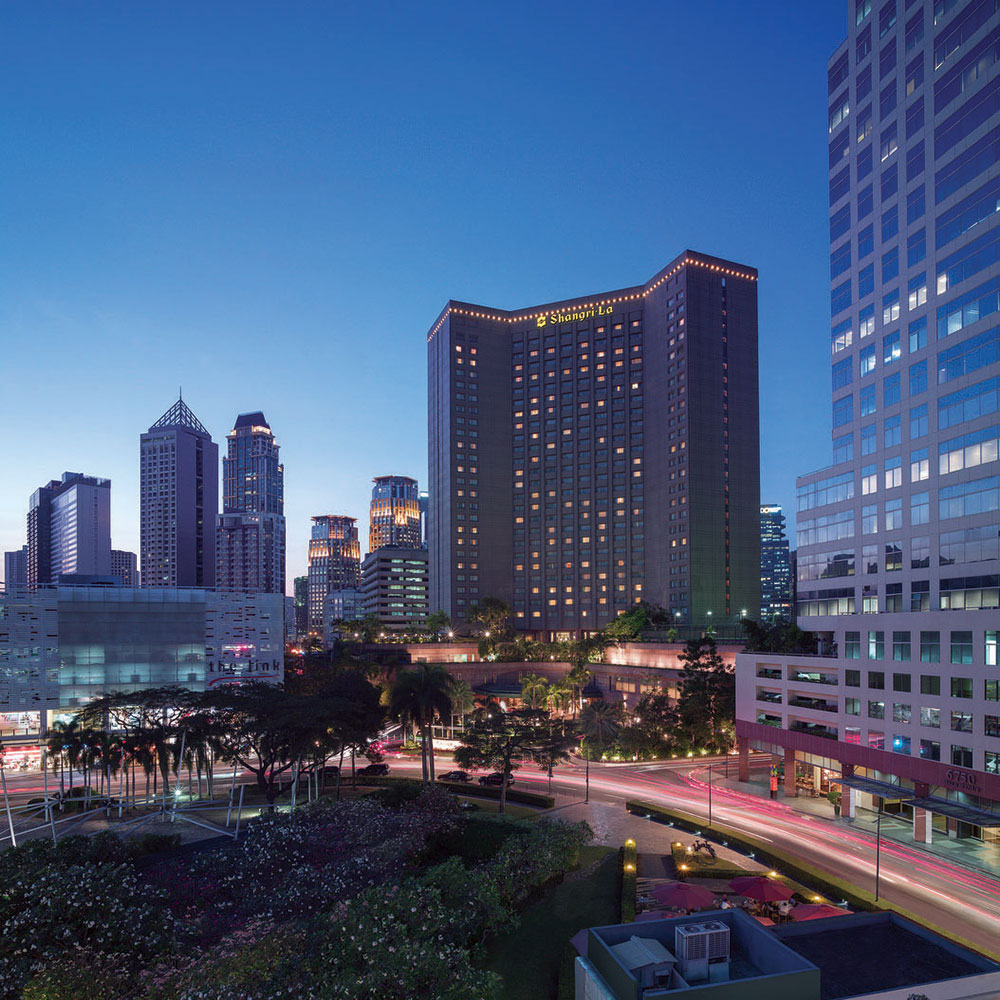 Cyber bullying in the Philippines
The pen is mightier than the sword or so the adage goes. When this was once said, it was to highlight the power of thoughts and ideas over brute force and violence as a way to effect change. Today, the ...