Credit where credit’s due- Christopher Stephens

Having worked as a lawyer in New York for 15 years and Asia for almost 20 before joining Asian Development Bank which focusses on developing jurisdictions, Christopher Stephens tells the In-House Community about the “cultural arrogance” behind assuming that the more longstanding laws are the better ones and will automatically work in areas whose traditions and cultures are disparate. He also talks about how to motivate younger lawyers, revealing that giving them credit for their work has to go beyond remuneration.
ASIAN-MENA COUNSEL: First of all, congratulations on winning the Banking Industry Award at the In-House Community awards ceremony. What do you believe it is that made you and your team stand out and how would you advise others hoping to achieve the same standard?
Christopher Stephens: Thank you. One characteristic of our legal team that we are continuing to nurture is our proactive, solution orientation. Large institutions have a tendency to become rather staid in their culture and the way they approach issues. This can have a compounding effect when the traits of a large institution combine with a legal department’s conservative traditions to produce prosaic outputs – work that answers questions and meets all technical standards, but is uninspiring. Our legal team has transformed the culture of the department by creating an atmosphere where staff are now expected to generate new ideas to solve problems, and to provide solutions, rather than mere answers. We are now moving above even that, and are striving to proactively seek to identify challenges to resolve, rather than waiting for problems to be presented to us. As a result, our staff is perceived to be valuable additions to more non-legal functions, like strategy, policy and operations because we are seen as capable of additionality beyond the legal compliance function.

Another important value is that of standards. We are a meritocracy, emphasising ability and talent over seniority, and we are hiring and promoting people based on their technical skills, temperament, performance, hard work, judgement and potential. Once such people are in leadership roles, I will give them wide berth to shape, manage and make decisions. My door is always open – figuratively and literally – and I will offer guidance and support. Our counsel are relatively free to make their own decisions in matters affecting their own units and projects, and will be given full credit for every win. But we are building a performance-based culture, and everyone – from the GC to the new hire – will be judged by results.

AMC: Asian Development Bank (ADB) operates in 42 developing countries. How do you approach related issues between countries?
CS: Many of the issues we confront across Asia and the Pacific are similar, but the way in which each is framed and the perspectives and views of stakeholders for each vary dramatically based on country, language, culture, customs, stage of development and government and social structures. Our staff at ADB comprises people from 57 countries, so we have the same diversity of perspectives and approaches within the bank as our membership. We also have a resident board of directors, meaning – instead of quarterly meetings – our board members live in Manila and work at headquarters, and are much more engaged in the business of the bank. We also have a relatively new president, who is ushering in an era of dynamism – encouraging new ideas and new approaches to the business of the bank, while maintaining the atmosphere of pragmatic consensus orientation. This diversity and intensity is not only a resource, but an invaluable enrichment of the experience of working here.

AMC: Was the move to ADB a culture shock having started your career in New York?
CS: There was not so much “culture shock” as their was a change in perspective – and not so much a result of the relocation from New York to Asia as from outside counsel to inside counsel. As an outside lawyer, most of the work that went into developing a client’s project was invisible to me. Companies and banks come to outside lawyers only after the basic rationale and framework for their projects are determined. As in-house counsel, we participate in the whole production, from creation of policies, strategies and products generally, to project-specific analyses of concept, design, feasibility, development, negotiation and completion. Where we engage outside counsel, we bring them in for the last few phases of the project – negotiation and completion.

In-house counsel are embedded in the fabric and culture of the institution – part of the team at the heart of the operation – feeling and affecting the very pulse and rhythm of the business. This enables in-house lawyers to absorb a much more holistic perspective on the institution and to provide a much more insightful and deeper contribution. But it also broadens the lawyers’ coverage substantially. My to-do list changes and grows every day, and rare is the day when I accomplish the tasks I planned to the night before.

AMC: Given that you work in developing jurisdictions, you have the ability to look at developed ones and make decisions in hindsight. Are there any lessons you feel are particularly noteworthy? How do you integrate them into how you and your team operate?
CS: I lived and worked in New York for 15 years and in Asia for almost 20 years before moving to ADB. One thing that one acquires from such experience is a sensitivity to the potential for cultural arrogance – the presumption that rules and systems in developed countries are superior and should be adopted in developing countries. Sometimes, such attitudes are so strongly held that there would seem to be no need to examine the context, cultures and traditions of developing countries and how they came to the systems they have. This is cultural narcissism, and the source of a lot of the misunderstandings and tensions in multinational engagements. This is also an area where ADB and the breath of its diversity and perspectives plays a critical role. When we take a view or launch an initiative, it is inevitably the product of vetting through an extraordinarily broad set of national, cultural and technical perspectives.

But your question also touches upon the Rule of Law, and a programme that we run in the legal department. Under our Law and Policy Reform (LPR) Programme, our lawyers work directly for countries by providing advice in areas relating to legal and judicial reforms. The central premise of the LPR programme is that a functioning legal system, anchored in the Rule of Law, is essential to sustainable development. Such a system must comprise a comprehensive legal framework and effective judicial, regulatory and administrative institutions that establish, implement and enforce laws and regulations fairly, consistently, ethically and predictably. The range of LPR projects is broad, including, for example: advice to countries in Central West Asia on gender laws and programmes; advice to Myanmar on new laws to encourage foreign investment and facilitate commercial activity; and in other countries, facilitating the establishment of capital markets or developing capability among judges to implement environmental treaties and laws. In many cases, we borrow from the experiences of developed countries and can even improve upon their laws and systems in application to developing countries. It’s in everyone’s interest to encourage developing countries to have the most modern and effective legal systems relating to protection of the environment, enforceability of contracts, ownership of property, efficacy of commercial and financial transactions and investments and so forth. Greater economic activity will result and will create new investment, jobs and markets, increase incomes and free people from poverty and enhance trade links and regional stability. It’s a win-win-win scenario, but it all depends on having a level playing field: Rule of Law. 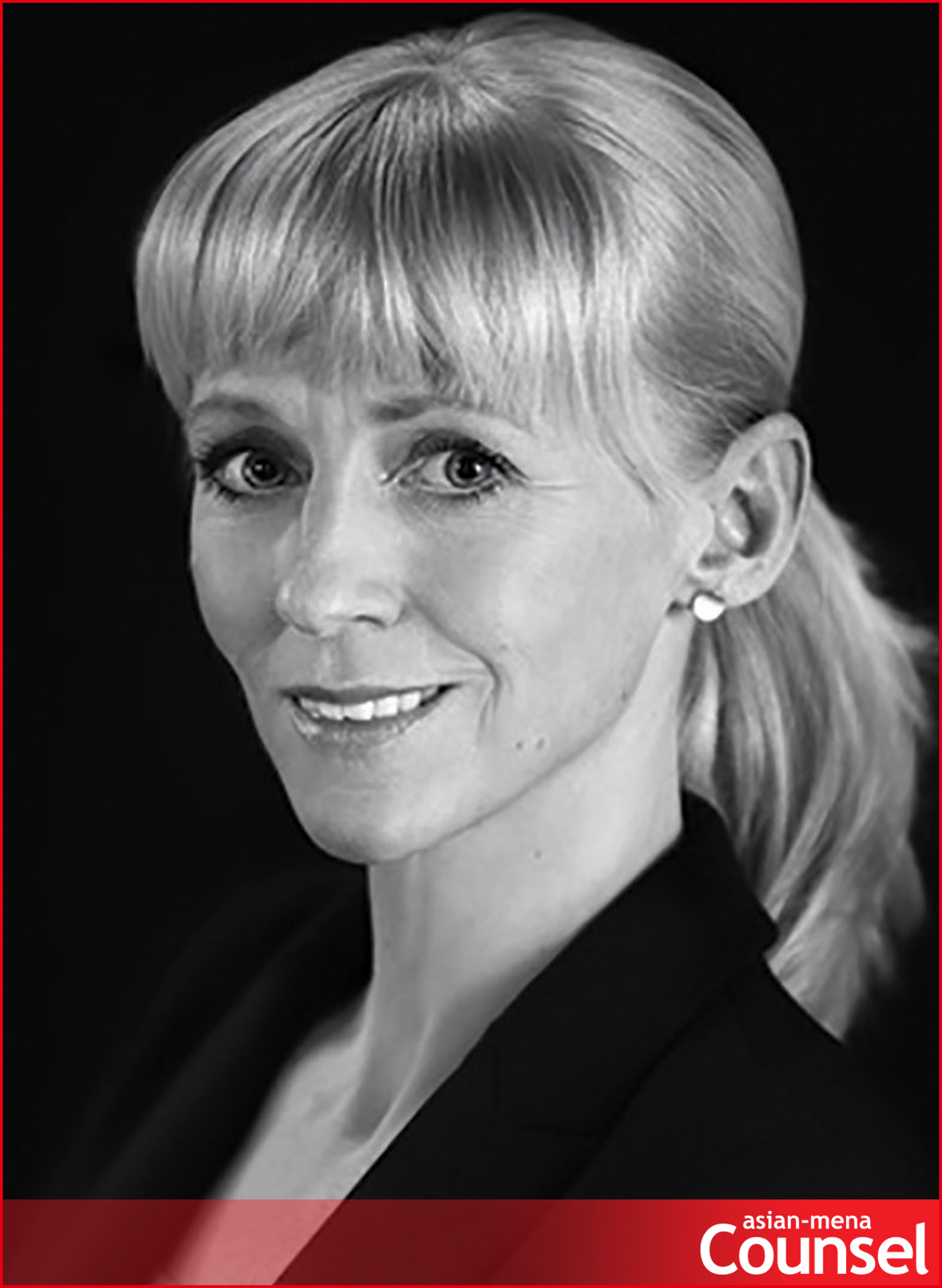 Sigrid Wettwer
We speak to the head of group legal for the Middle East & Asia Pacific at DNV GL, the world’s largest classification society, about change, technology and running a lean and efficient legal organisation ... 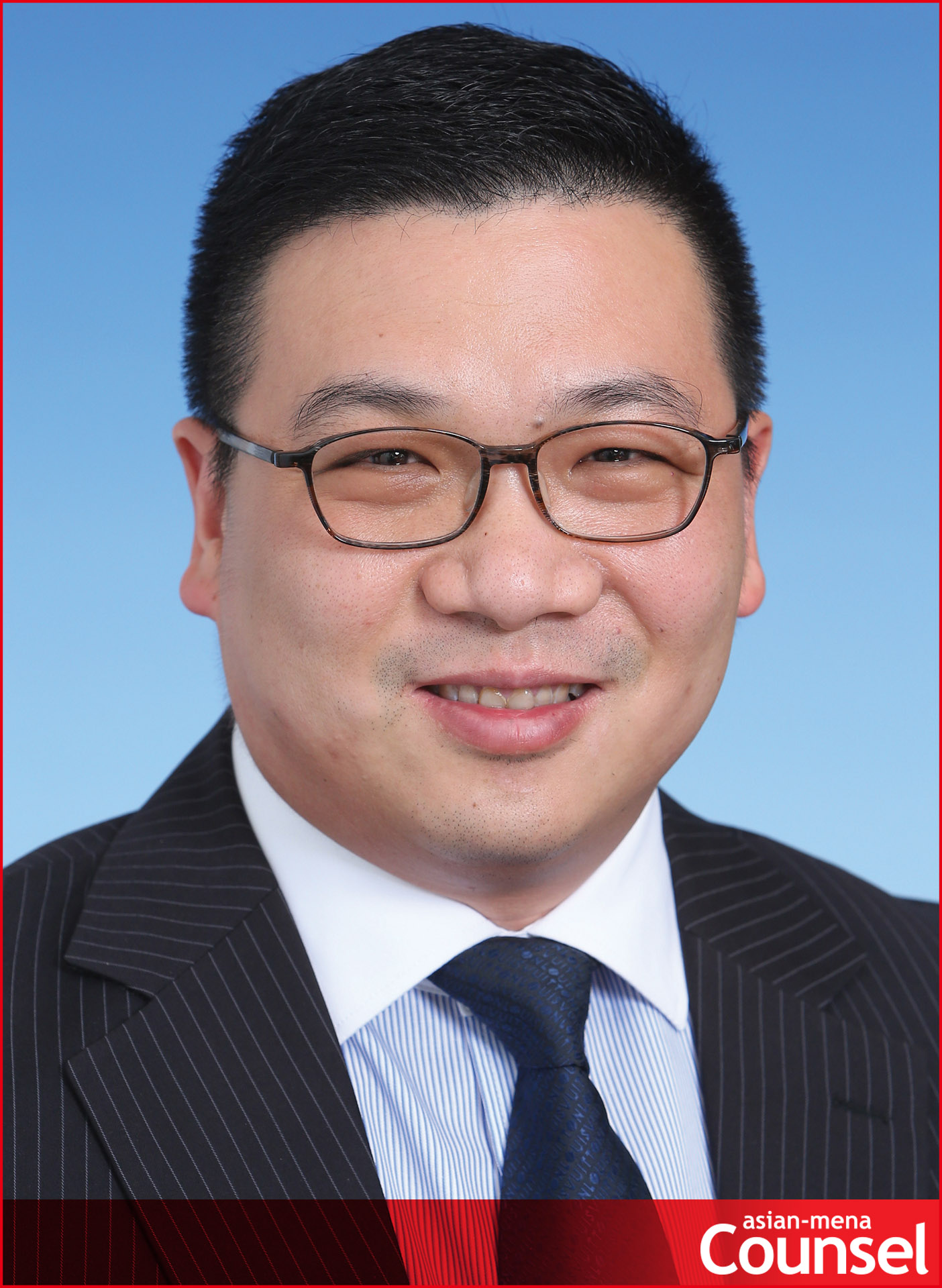 Michael Ting
The chief legal and compliance officer for Manulife in Hong Kong discusses the changing role of in-house counsel and the challenges of working in a highly regulated sector ... 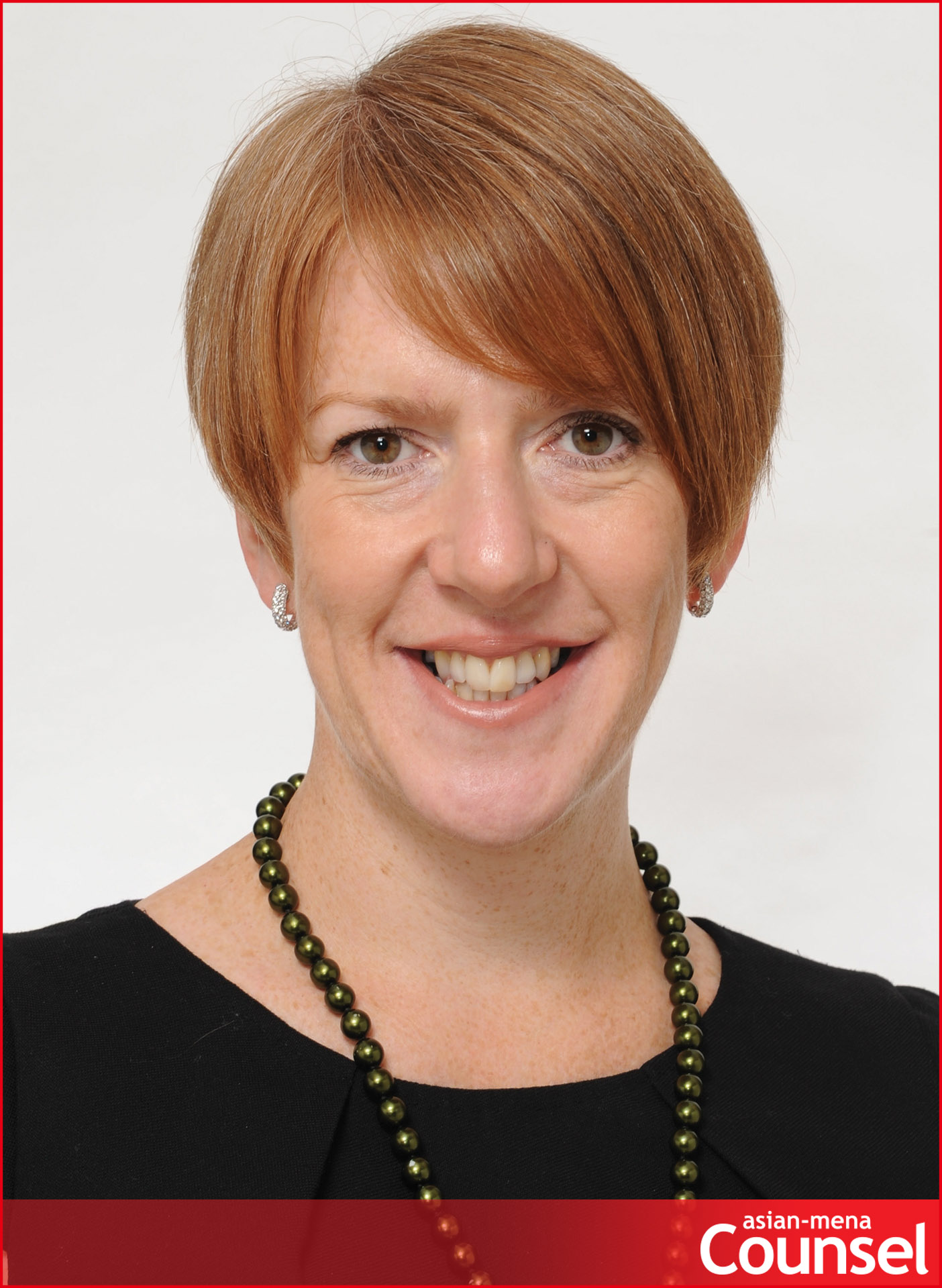 Gill Meller
The legal and European business director for MTR Corporation talks about the challenges of providing legal advice in a constantly changing environment.
Related Articles by Jurisdiction
Latest Articles 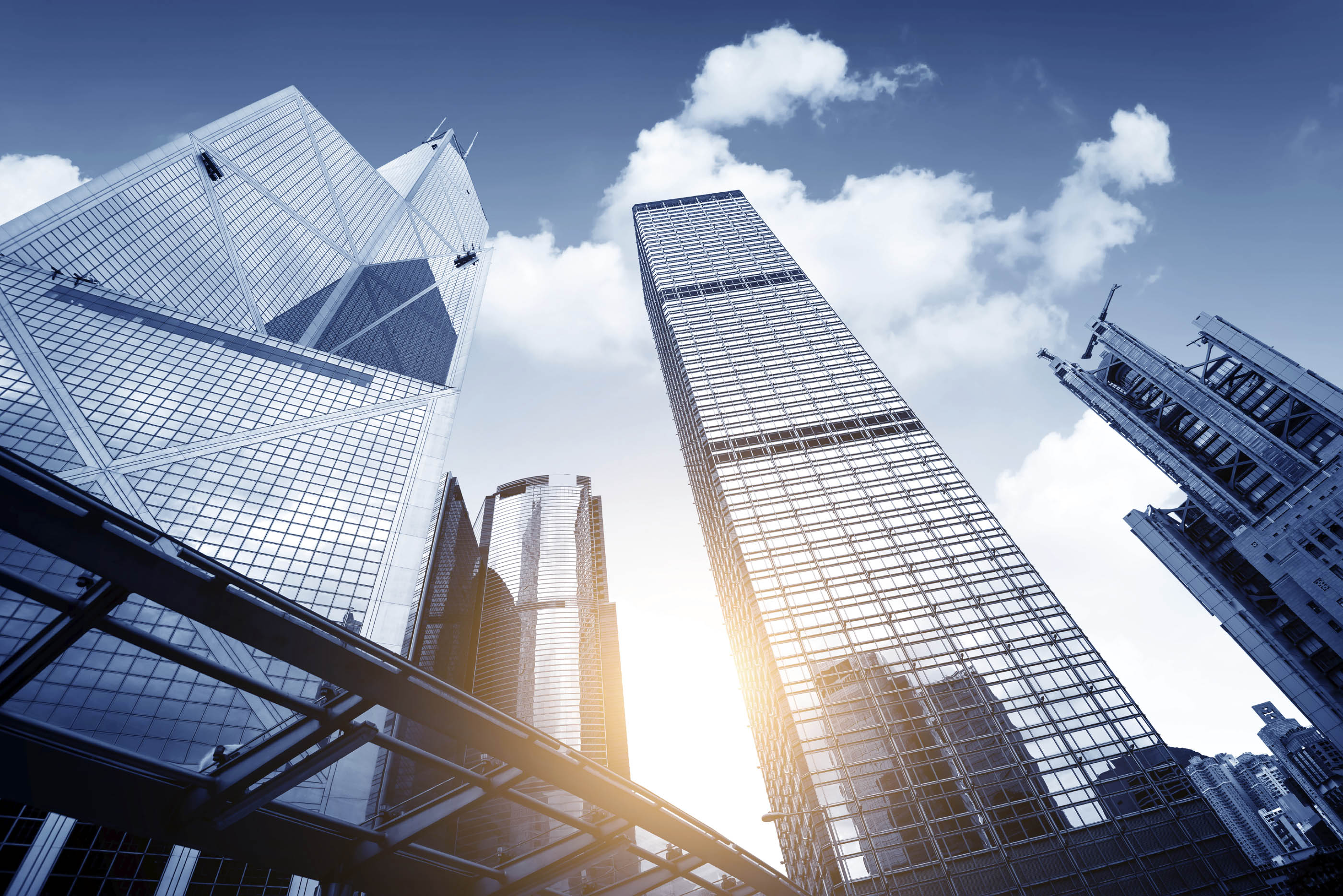