In this edition of their newsletter, Frasers report on the following:

1. Legislative Programme of the National Assembly for 2019

In particular, with respect to the Legislative Programme for 2019, the National Assembly is scheduled to discuss and pass some important projects such as, among others:

2. Directive on the implementation of equitisation of and divestment from state-owned enterprises and enterprises having state-invested capital

On 5 January 2019, the Prime Minister (PM) issued Directive No. 01/CT-TTg (Directive 01) on the implementation of equitisation of, and divestment from, state-owned enterprises and enterprises having state-invested capital (SOEs). Directive 01 is meant to reinforce and give added emphasis to the implementation of the restructuring of SOEs which was already required in the preceding legislation (being Resolution No. 12/NQ-TW, dated 3 June 2017 on continuing restructuring, innovating and enhancing the efficiency of the SOEs (Resolution 12), and Resolution No. 60/2018/QH14, dated 15 June 2018 of the National Assembly Session XIV on continuing completion and enhancing the implementation of policy and law regarding State’s capital and assets management and use at enterprises and equitisation of the SOEs (Resolution 60)). Below are some highlights of the key contents of Directive 01.

• Implementation status of the restructuring of the SOEs

According to Directive 01, the restructuring and equitisation of SOEs has obtained some important achievements, such as the equitisation of 147 enterprises from 2016 to November 2018 and the collection of nearly 155 trillion VND in State capital from divestments out of various enterprises during that period.

However, Directive 01 points out some drawbacks of the equitisation of, and divestment from, the SOEs, which were mostly caused by the difficulties in evaluating corporate value, loose discipline in implementing the relevant policy and legislation, lack of accountability as well as group interests.

• Resolution and accountability to implement the abovementioned requirements

In order to fulfill the requirements of the equitisation of, and divestment from, the SOEs, the PM requires the following:

i) The Ministries and ministerial-level agencies must speed up and complete the legal framework serving the process of restructuring and improving the operation of SOEs after restructuring. Some notable legislation mentioned by the PM include the decree on operation of SOEs, the legislation amending and supplementing the Law on Bankruptcy, the legislation amending and supplementing the Labour Code. In addition, the State Bank of Vietnam is requested to amend and supplement Article 4 of Circular No. 32/2013/TT- NHNN, dated 26 December 2013, guiding the implementation of provisions restricting the use of foreign exchange in the Vietnamese territory (Circular 32). In particular, Directive 01 requires that Article 4 of Circular 32 must be amended to enable foreign investors to deposit/escrow in foreign currency when attending auctions for share purchase in SOEs.

iii) The Ministries, ministerial-level agencies, local authorities and SOEs and relevant entities must enhance their supervision over the process of equitisation and divestment to prevent losses to the State capital during the restructuring; enhance the listing of equitised SOEs on stock exchange; renovate corporate governance, enhance quality, efficiency and competitiveness of SOEs after equitisation and divestment as well as clarify the accountability of individuals and organisations which caused losses to the State capital and strictly handle such violations in accordance with the law.

3. New Decision on the encouragement mechanism for development of solar power projects in Vietnam

The most note-worthy content of Decision 02 is the change in the mechanism for purchasing and selling electricity with respect to roof solar power projects from a “net-metering mechanism using alternating-current meter systems” to a “separate delivery and receipt directions of an alternating-current [bi-directional] meter”.

Previously, Decision 11 provided that sellers of electricity generated from rooftop solar projects would sell electricity to Vietnam Electricity (EVN) based on the net-metering method with two- way electricity meters. This meant that, in a payment circle, if the amount of electricity from rooftop projects is larger than the consumption amount, the excess shall be carried forward to the subsequent payment cycle.

-BCT (Circular 02) providing guidance on the implementation of wind power projects and template of wind power purchase agreements (Wind PPAs). Circular 02 shall take effect as from 28 February 2019 and shall replace its preceding legislation being Circular No. 32/2012/ TT-BCT of the MOIT, dated 12 November 2012 and Circular No. 06/2013/TT-BCT of the MOIT, dated 8 March 2013, on the same matter. Below are some highlights of the key changes under Circular 02:

• Development of the wind power project

Wind power projects which have not yet been listed in the master plan can be updated in the Power Development Master Plan upon assessment and approval by the relevant authorities.

Wind power projects which have already been listed in the master plan, and which require any adjustment with respect to the project implementation, will need to be reported by their investors to the relevant authorities for further appraisal and approval.

The feasibility study report for wind power projects must contain the following contents:

i) report of wind measurement;

ii) location, coordinates; land use area for a specific term and temporary land use area; sea area (if any) of the wind power project;

iv) plan on techniques and costs for removal and settlement of the equipment of the wind power project after the project is ceased; and

• Requirements for commencement of the construction of wind power projects

The investors are only permitted to commence constructing the wind power projects when:

i) the application dossiers on construction design have been appraised and approved in accordance with the laws;

ii) the Wind PPA is executed by the power purchaser; and

iii) there are financing agreements and capital commitments in place to ensure that the construction process can be implemented as approved.

• Process and procedure for the execution of the Wind PPAs

The investors must prepare the application dossiers proposing the execution of the Wind PPAs and submit them to Vietnam Electricity Group (EVN) in order for EVN to implement the procedures of appraisal, approval and execution of the relevant Wind PPA.

EVN shall review and execute the Wind PPAs with the power developers within 15 working days as from the date of receipt of a complete and valid dossier. The details of the application dossier for the Wind PPAs are specified under Article 16.2 of the Circular 02.

Under Circular 02, the seller and the buyer of electricity are entitled to amend the Wind PPA for the purposes of specifying the rights and obligations of the parties only, but they are not allowed to change the fundamental contents of the Wind PPA.

Pursuant to Circular 02, the wind power project must be located at least 300m away from residential areas.

5. Circular on self-inspection of compliance with the labour law performed by enterprises

On 17 October 2018, the Ministry of Labour, Invalids and Social Affairs (MOLISA) issued Circular No. 17/2018/TT-BLDTBXH on self-inspection of compliance with the labour law performed by enterprises (Circular 17). Circular 17 took effect as from 1 January 2019 and shall replace its preceding legislation being the Regulations on Use of Self-inspection Note of Compliance with the Labour Law (Former Regulations), issued with Decision No. 02/2006/ QĐ-BLDTBXH on 16 February 2006 (Decision 02).

Circular 17 expressly states that the employers must conduct a self-inspection of labour law compliance at their offices/units at least once a year and must implement solutions to improve such compliance.

The self-inspection results and related documents shall be kept at the employers’ office for the monitoring, analysing and making of policies and solutions to improve compliance with labour law in enterprises.

• Introducing the new online portal on compliance with labour laws

An online portal (available at tukiemtraphapluatlaodong.gov.vn) (Online Portal), shall be set up by the MOLISA for the purpose of linking, integrating and posting information channels, documents, applications and services in the labour field, for employees and employers to exploit and use.

According to Circular 17, employers shall report the results of self-inspection via the Online Portal when so requested by the labour inspector. An account on this portal shall also be created in advance by the employers to serve the reporting purpose. Previously, there was no online reporting mechanism under the Former Regulations. The employers were required to send the original of their self-inspection results directly to the labour inspector for review.

We trust that you find this edition of our newsletter an interesting read and welcome any feedback or comments you may have on any of our topics. Our address for comments is: legalenquiries@frasersvn.com

Whilst we aim to provide a useful update on new legislation, Frasers’ Newsletter does not constitute formal legal advice. Should you feel that you require further information on any of the issues in this edition of the Newsletter, please contact us at the address above or via your usual Frasers’ legal adviser. 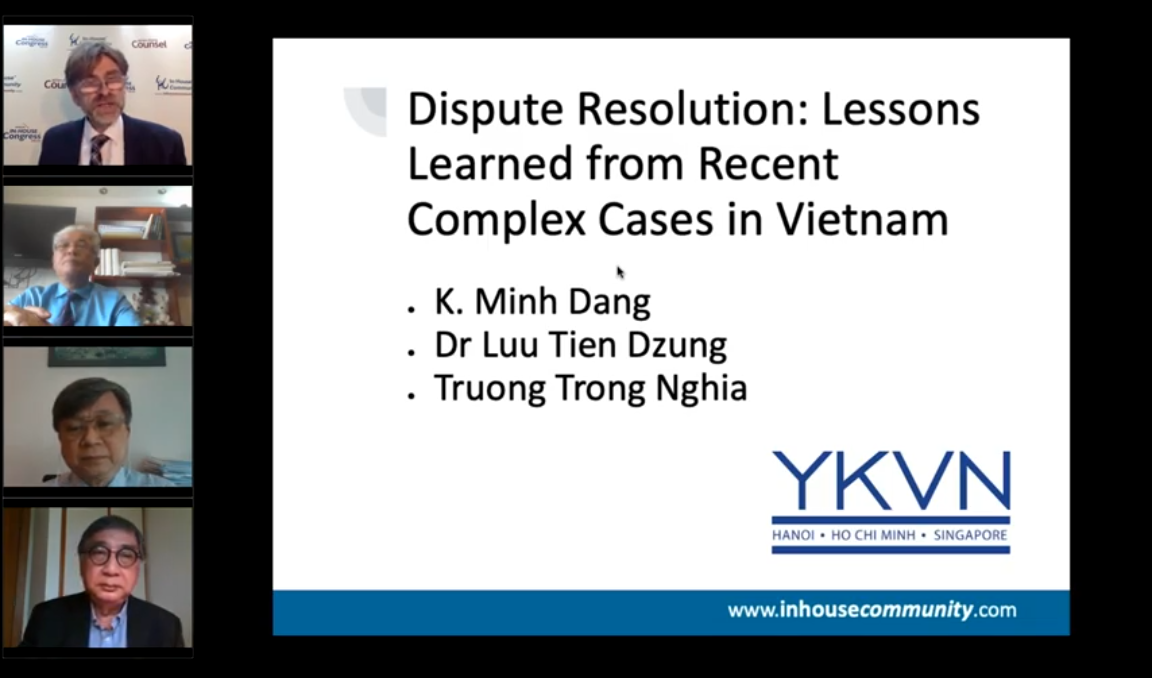