By Michael Gu and Sihui Sun, 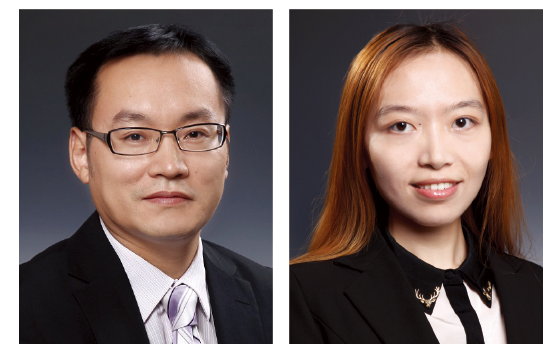 Companies involved in the manufacture and sale of active pharmaceutical ingredients are in the spotlight as Chinese authorities prepare an anti-monopoly windstorm.

The healthcare industry has gradually become one of the key focal points of the anti-monopoly law enforcement in China. As of the end of July 2017, the National Development and Reform Commission (NDRC) and the State Administration for Industry and Commerce (SAIC) have concluded and published nine anti-monopoly penalty cases, targeting 16 healthcare enterprises with a total fine of about Rmb134 million since the implementation of the Anti-Monopoly Law in 2008. We foresee the two law enforcement authorities potentially launching a more forceful anti-monopoly windstorm in the healthcare industry in the future and possibly investigating and penalising in succession certain well-known pharmaceutical and medical device enterprises. Through the investigation and handling of a series of cases, the NDRC and SAIC have accumulated a significant amount of experience in the healthcare industry sector. Healthcare enterprises are likely to face a more serious anti-monopoly compliance challenge. 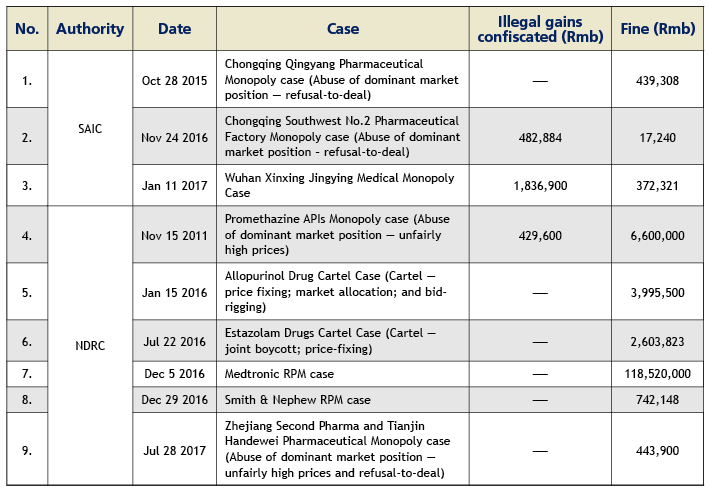 Significant features of concluded cases
The anti-monopoly cases that have been investigated and handled in the healthcare industry manifest the following defining features:

It is worth noting that the cases of abuse of dominant market position to refuse to deal involving Chongqing Qingyang Pharmaceutical and Chongqing Southwest No. 2 Pharmaceutical Factory investigated and handled by the SAIC were the first and second refusal to deal cases in China. Most recently, the NDRC concluded the third refusal to deal case, Zhejiang Second Pharma and Tianjin Handewei Pharmaceutical Monopoly case. The above three cases constitute all refusal to deal cases that have been investigated and penalised by competition law enforcement agencies in China since the implementation of the Anti-Monopoly Law. Furthermore, the Estazolam drug cartel case investigated and handled by the NDRC was the first concerted practice case since the implementation of the Anti-Monopoly Law.

Concerted practice in horizontal monopoly agreements
In the Estazolam drug cartel case, three enterprises held secret meetings, reaching a tacit understanding on a collective increase in the price of Estazolam tablets. Although Changzhou Siyao Pharmaceutical did not actively participate in the conspiracy, it did not object to the collusion and later followed the other two companies’ lead. NDRC determined that it engaged in a concerted practice. Article 6 of the Provision on Anti-price Monopoly formulated by the NDRC and Article 3 of the Provisions for Administrative Authorities for Industry and Commerce on Prohibiting the Conclusion of Monopoly Agreements formulated by the SAIC set forth specific provisions on the determination of concerted practice. Despite the fact that there are nuanced differences between the two articles, both consider the following major factors when analysing whether concerted practice has occurred: namely uniformity, the exchange of information, reasonable explanations, the market structure and market changes. Please see the table below for details.

Continued law enforcement in RPM
Vertical price monopoly has always been one of the priorities of the NDRC’s anti-monopoly law enforcement, particularly so in the healthcare industry. We envision that this trend will continue. It is worth noting that in the Medtronic resale price maintenance case, the NDRC, in its penalty decision, not only clarified the illegality of the fixed resale price of Medtronic (Shanghai) Management and its setting of a minimum resale price, but also touched upon such acts taken by it as limiting the sales territory of distributors, prohibiting distributors from selling products of competing brands, etc. The NDRC held that ―these restrictive measures were implemented together with the vertical pricing measures, further strengthening the anticompetitive effect of maintaining the resale prices and setting minimum resale prices. This case, while indicating that the anti-monopoly law enforcement authorities plan to continue their strict enforcement in the vertical pricing monopolies, also sees them beginning to pay attention to other non-pricing vertical restrictive measures. Accordingly, it is necessary for relevant enterprises to act prudently with respect to vertical restrictive measures, regardless of whether they involve pricing.

APIs in the spotlight 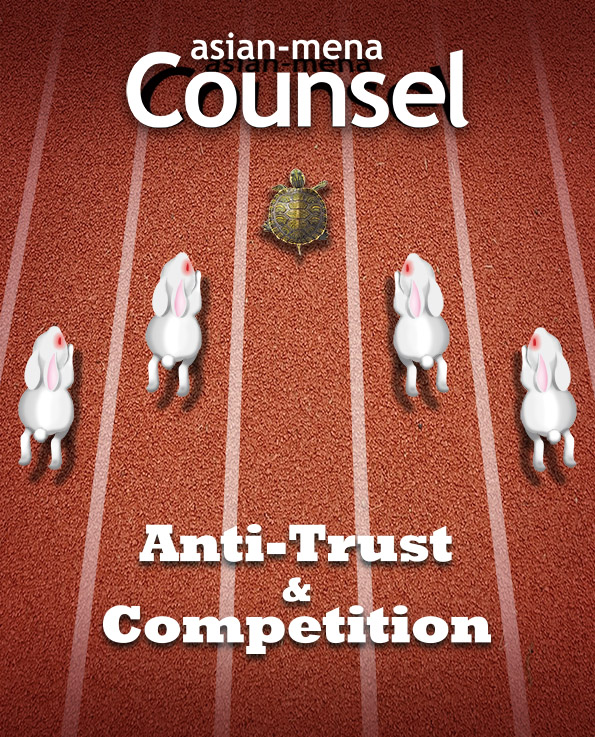 The enterprises engaged in the manufacture and sale of active pharmaceutical ingredients (APIs) are in the spotlight of antitrust law enforcement. Among the nine cases concluded by the SAIC and NDRC, six cases are in relation to the APIs. Furthermore, all the concluded cases of abuse of dominant market position are concerned with APIs. The following reasons may explain APIs enterprises’ position on the front line and their dominant position in the market: (1) very few enterprises actually compete in certain API markets; (2) API manufacturers provide the active ingredients of drugs with a strong ability to control the market and the downstream pharmaceuticals have no choice but to submit to and rely on the API manufacturers; and (3) China has a very strict certification system for supervision on the production of APIs and it is difficult to enter API markets.

On August 14, 2017, the NDRC released its draft of Price Conduct Guidelines on Operators of Drugs prone to Shortages and APIs (Draft Guidelines) to solicit public feedback. The Draft Guidelines cover most monopolistic behaviours of APIs manufacturers, including monopolistic agreements and abuse of dominant market position. The Draft Guidelines are aimed at curbing illegal price increases and malicious market controls, ensuring fair competition and price order in the relevant areas, protecting consumer welfare and contributing to medical reform. According to the NDRC, the submission of feedback will be accepted until September 13, 2017.

How to respond?
The authors would recommend that healthcare enterprises closely watch development trends and features of anti-monopoly investigations in China. Enterprises can strengthen their anti-monopoly compliance in the following ways:

Michael Gu is a founding partner and a principal competition partner at AnJie Law Firm. As a competition law pioneer in China, he has secured merger clearance from the Ministry of Commerce for more than 60 merger transactions, including the first merger filing under the Anti-Monopoly Law. Gu  frequently represents clients in high-profile antitrust investigation proceedings, antitrust civil litigations and leniency programmes. 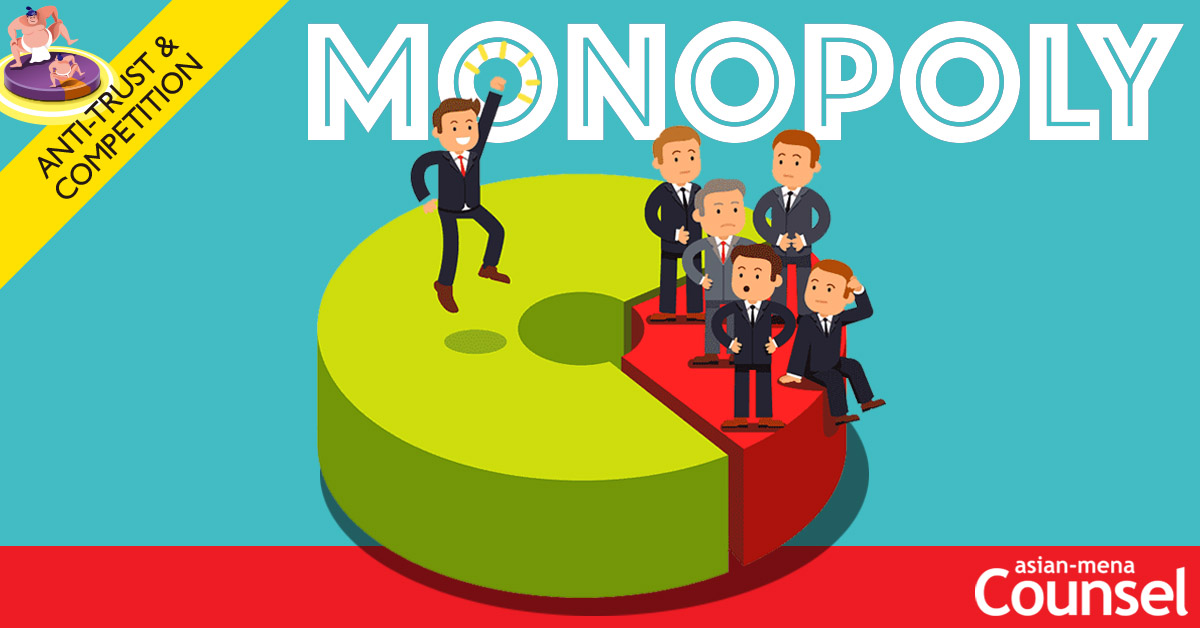 Antitrust Enforcement Review 2019: Monopoly investigations
China’s competition authority has acquired the competence and courage to investigate some of the most complicated and new types of monopoly behaviours ... 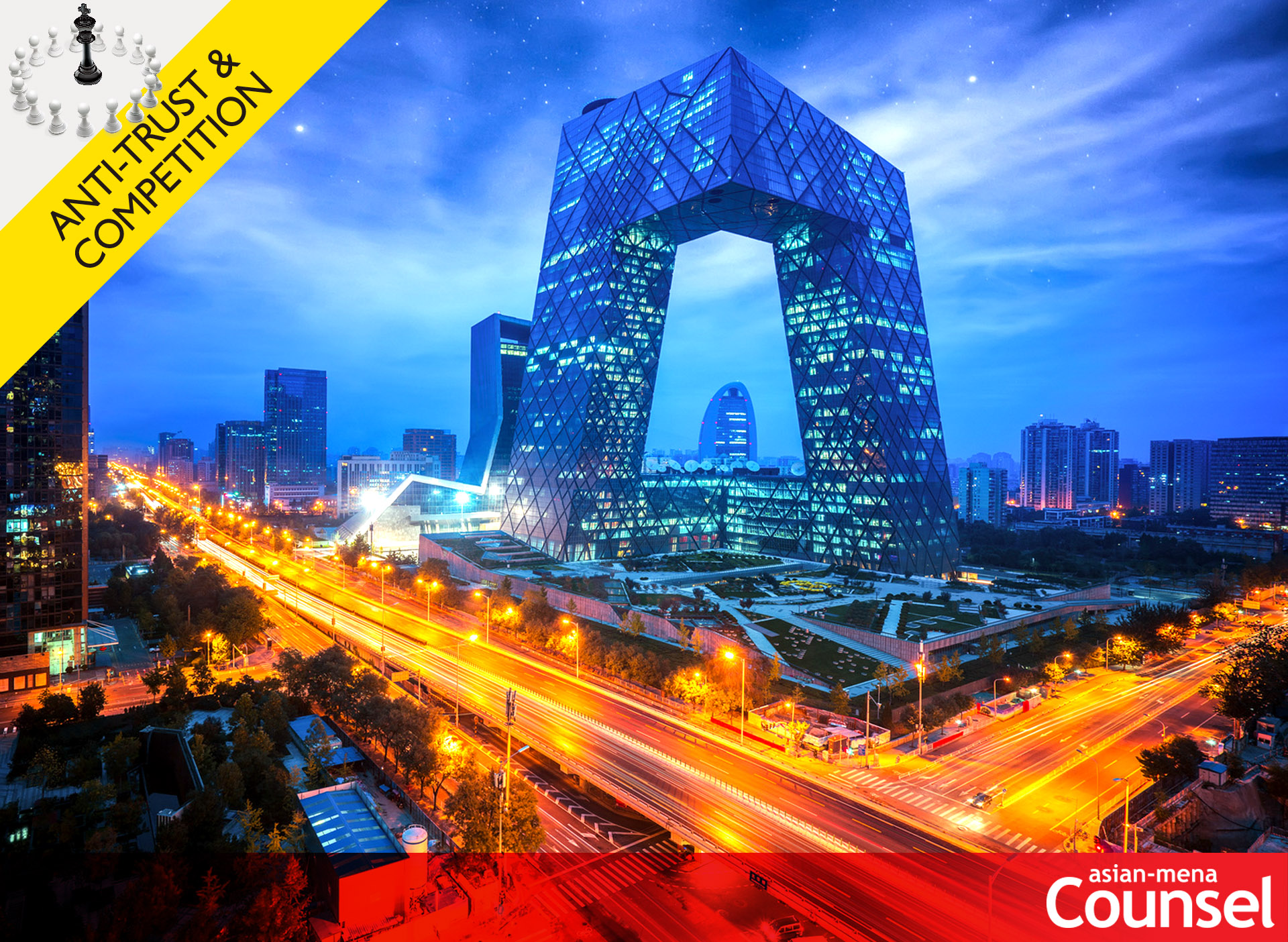 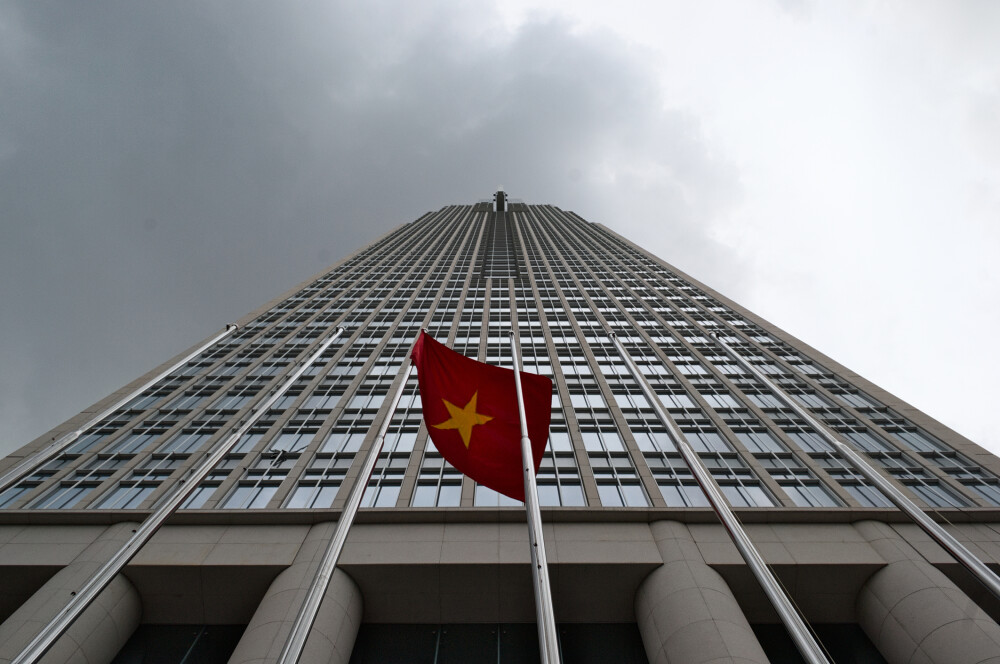 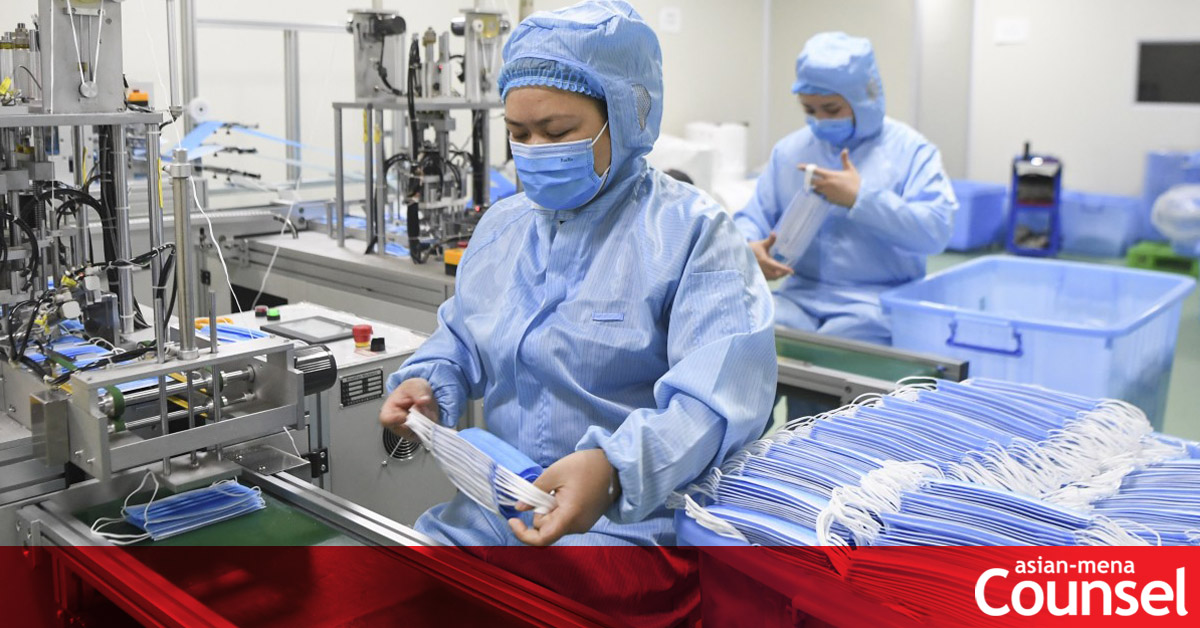 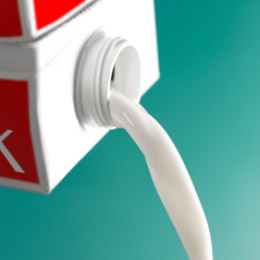 Tetra Pak case clarifies ‘justifiable reasons’ in tying
After a five-year investigation, the State Administration for Industry and Commerce (“SAIC”) has recently imposed an administrative penalty on the affiliates of Tetra Pak Group (“Tetra Pak”) for its abuse of ... 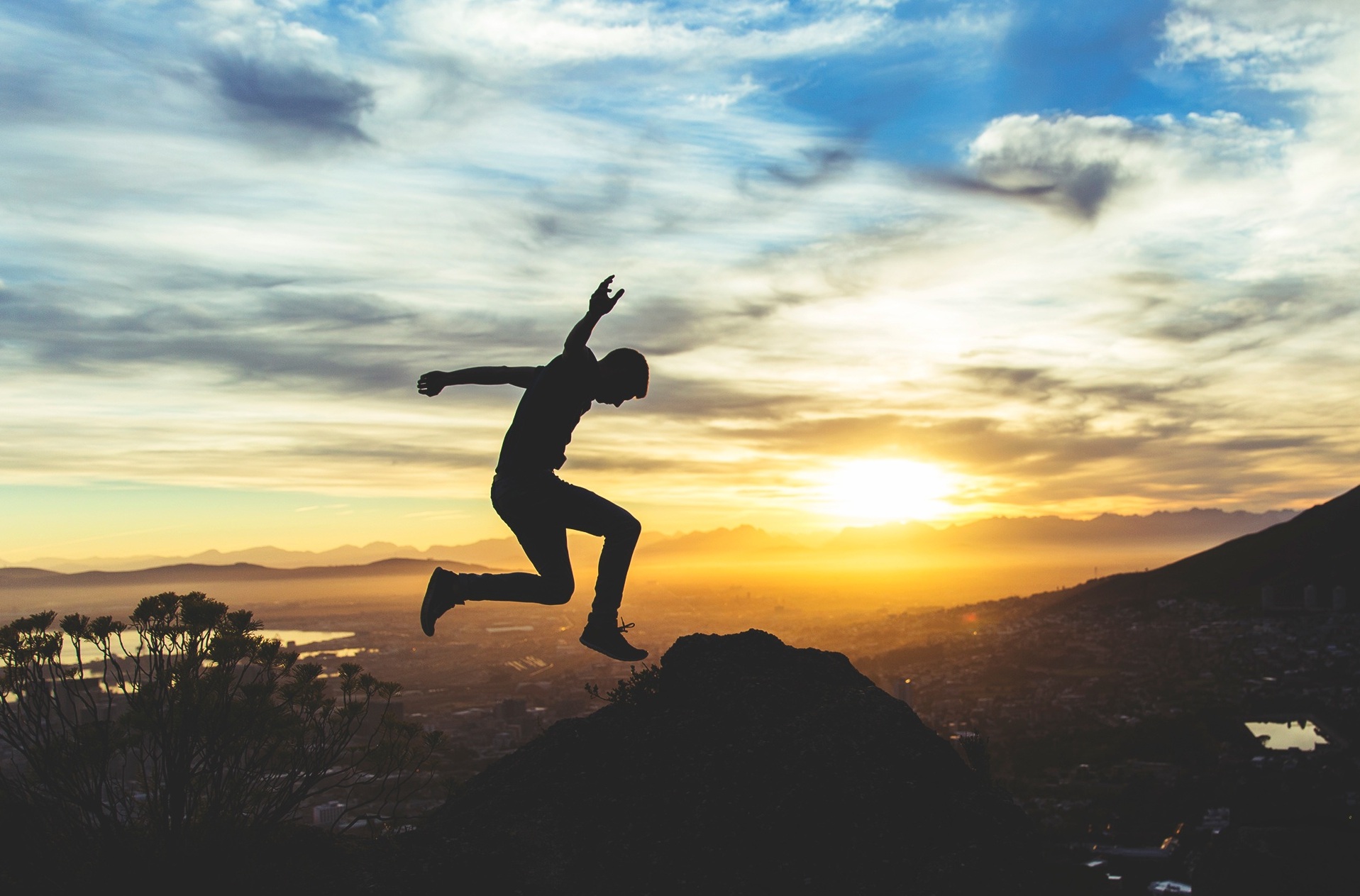