Norton Rose Fulbright and Chadbourne & Parke have agreed to a merger that will create a law firm with more than 4,000 lawyers in 58 offices and 32 countries.

The combination is set to take place in the second quarter of this year. The merged firm will reportedly be known simply as Norton Rose Fulbright, marking the end of the Chadbourne & Parke name 115 years after the firm was founded in New York as Chadbourne, Babbit & Wallace. 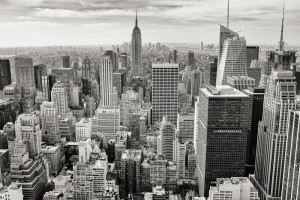 Andrew Giaccia, Chadbourne & Parke’s managing partner, said the two firms are a good fit. “Our firms share a strategic vision and client focus, and we have highly complementary practice and industry strengths.”

Norton Rose has grown ambitiously during the past decade, most notably through its 2013 merger with Fulbright & Jaworski. It has also struck deals with Canadian firms Bull Housser & Tupper, Macleod Dixon and Ogilvy Renault, South Africa’s Deneys Reitz and Deacons in Australia.

Such tie-ups partly reflect a paradigm shift in the market for legal services, as we previously reported in our article The new spectrum of legal services.

Accustomed for so long to genteel competition from their peers, law firms are under pressure from a new generation of competitors that are challenging the established business model and putting pressure on fee revenue.

For example, the latest AmLaw rankings showed the weakest annual growth, excluding the financial crisis years of 2008 and 2009, since 1993 — and a widening gap between those firms at the top of the list and, basically, everyone else. The pie is shrinking.

“We do appear to be in a legal services revolution,” said Beaton Capital’s Nick Seddon in our earlier report. “The root cause is the dissatisfaction of the buyers of legal services and the feeling that the traditional law firms have just not been really listening. The clatter we hear now is the sound of clients taking to the streets!”

Far-sighted firms have responded to these challenges with significant investments in technology and processes, as well as through partnerships with legal startups and tech players.

For its part, Norton Rose says that it differentiated itself from the rest of the traditional legal marketplace by becoming the first global law firm to be organised by industry sector.