Fund management in Luxembourg: What managers (especially in Asia) need to know

In-House Community speaks to Charlotte Chen, and Xavier Le Sourne of law firm Elvinger Hoss Prussen about Fund Management in Luxembourg and what managers, especially in Asia need to know.

What new opportunities are there for fund establishment in Luxembourg?

Traditionally known for its worldwide UCITS expertise, Luxembourg has established a strong reputation in alternative investment funds (“AIFs”) by tackling the over-layering supervision of the regulator at the level of the fund.

Luxembourg offers a wide range of vehicles for all kind of assets and a flexible framework for AIFs, comparable to traditional offshore centers but permitting higher marketability and appropriate investors’ protection.  The recent introduction of the special limited partnership structure (“SLP”) in 2013 and the reserved alternative investment fund (“RAIF”) in 2016 further enhanced Luxembourg as an alternative investment funds leading domicile. Both vehicles, being unsupervised vehicle, are attractive from a time-to-market perspective and conform to the structures well known to Asian GPs and investors. The most important feature of these vehicles is the EU marketing passport which would allow the AIFs to be sold within the EU to professional investors, in addition to investors from all around the globe.

Once a fund is set up, can it be marketed freely across the EU?

The European passport accessible through the AIFM permits additional access to the entire European market without the fund being further subject to prior authorization by the Luxembourg regulatory (Commission de Surveillance du Secteur Financier (“CSSF”)). The absence of a regulatory approval requirement has significantly reduced costs and time to market.

The UCITS brand is still extremely strong in Luxembourg but we see more and more AIF being launched. What strategies/asset classes do you see and what is bringing these funds to Luxembourg?

Before the adoption of the AIFMD, only the UCITS benefited from the single EU market for their marketing across the Union.  With the AIFMD, AIFs also benefit from this European passport when they are managed by an authorized AIFM. Establishing one Luxembourg fund for wide distribution within the EU block is the most efficient solution rather than setting up funds in each European jurisdiction or registering fund in each concerned jurisdiction.

Furthermore, with the exception of the SICAR which are reserved to risk capital investments, the AIFs offer a broadest flexibility in terms of investment strategy. They are the vehicle of choice for the asset management industry, especially in the field of private equity, real estate, debt and other illiquid strategies. The number of AIF(s) in January 2020 approached 6,000, such increase being considerably significant as it has doubled the number of AIF(s) in 2013.

What is a Luxembourg Special Limited Partnership and how does it compare to a Cayman structure?

The Special Limited Partnership (the “SLP”) is a type of Luxembourg partnership formed by one or more general partner (s) which have unlimited liability for the partnership’s obligations and one or more limited partnership(s) which are not liable beyond their commitments. The Luxembourg SLP is very similar to the Anglo-Saxon structures including Cayman Partnerships and have some features in common as high flexibility of organization, contractual freedom, transfer freedom of interests and wide choices for contributions, features which explain the strong appetite for its use by managers worldwide since its creation. The SLP is formed by the execution of the limited partnership agreement and it is not subject to any registration formalities or ongoing disclosure of compliance requirements.

The SLP provides as much flexibility in terms of corporate governance and organization of rights and obligations of LPs as a Cayman structure. The main difference with a Cayman partnership is the capacity of the Luxembourg SLP to be marketed to investors located anywhere in the world, while the offshore fund has very limited – if not forbidden – access to European monies. Furthermore, Luxembourg’s historic compliance with the international standards in terms of tax transparency, AML/KYC clearance and data protection explains how this jurisdiction plays an important role in the PE/RE fund sphere with innovative and sophisticated solutions.

What is the focus on the setup of Cayman/Luxembourg parallel funds and the distribution of private equity and real estate funds within the EU?

The distribution plan is a key step in the success of a fund. The distribution can either be done via the appointment of an European placement agent or the sponsor could lean on the license of the AIFM which will open the relevant European jurisdiction to the GP for its onshore marketing. 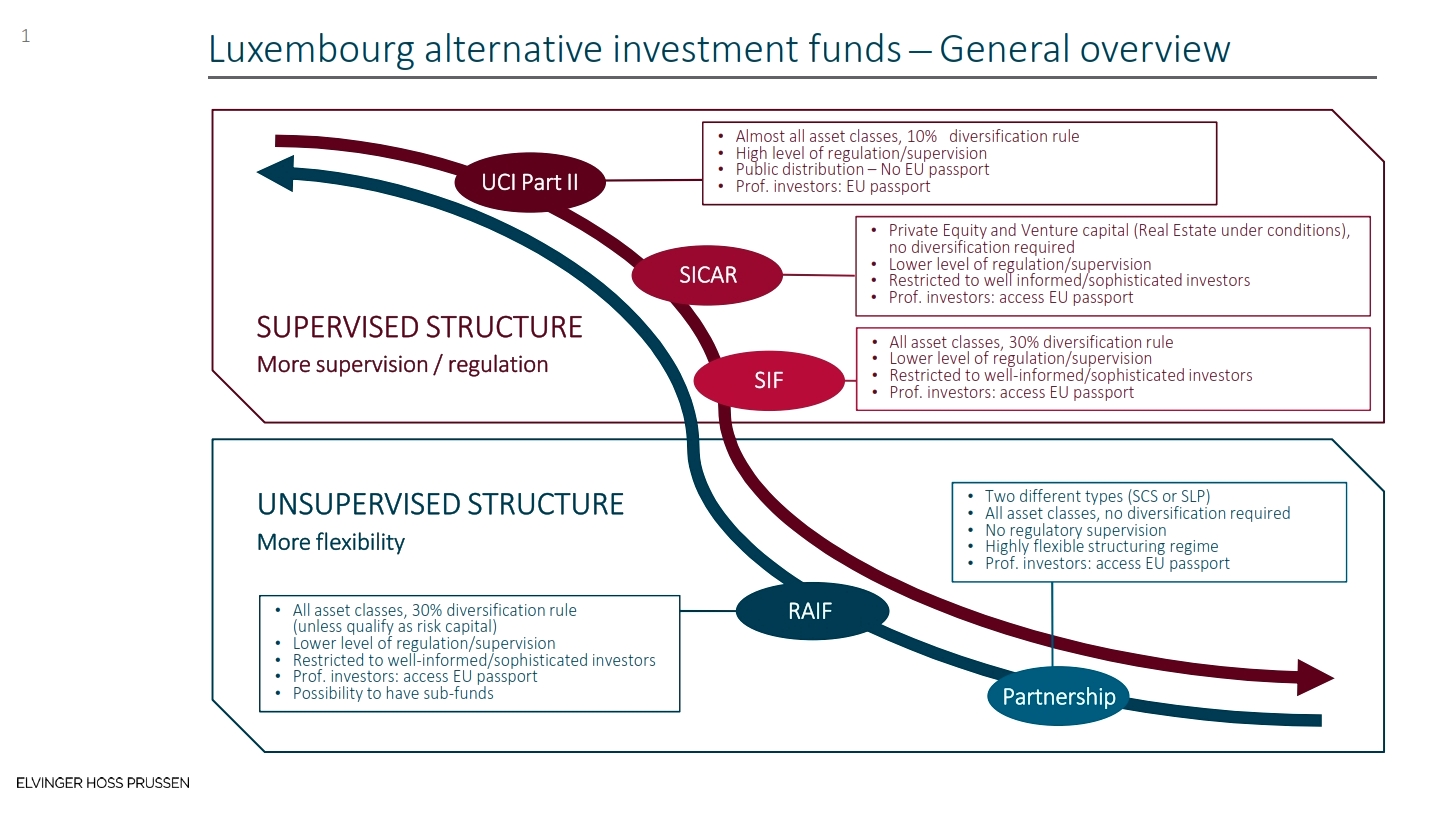 What do Asian general partners need to know about onshoring investment funds and capital-raising activities?

The recent listing of Cayman Islands jurisdiction in the list of non-cooperative jurisdictions in the European Union has urged many Asian fund managers to review the use of their offshore structures.   One of the main concern for offshore investments funds is the complexity of distribution through the European Union. In this regard, recent market researches show that the European passport system seems to be the only viable solution as neither reverse solicitation nor registration of the offshore fund in specific jurisdiction is a sustainable plan for sponsors.  Onshoring in Luxembourg will then give access through the AIFMD to the European investors. The legal and regulatory environment for the funds industry as well as its strong governance environment have also been well developed, allowing the GP to focus on investments while the back office is maintained by sophisticated providers in Luxembourg.

Luxembourg regulator has always taken the most flexible and business minded approach when new investment channel became available in China, such as the Stock Connect or the Bond Connect. UCITS, being the highly regulated investment fund structures, have been authorized by the Luxembourg authority to go ahead with these various channels and have considerably contributed to the development of the Chinese market by injecting foreign capital. The presence of the seven biggest Chinese banks in Luxembourg as the headquarter for Europe has also shown the role played by Luxembourg between the two continents.

From a private funds perspective, a very favourable ruling from the Chinese tax authority has recently been obtained, which further strengthened the position of Luxembourg as primary fund domicile. By way of a background, the State Administration Taxation (“SAT”) of China has issued several circulars in order to challenge transactions taking place outside of China with the goal to avoid domestic tax which would have applied if such transfer had been made within China. The circular issued in early February 2015, known as Public Notice No.7, captured as many scenarios as possible within its scope and applies a withholding tax of 10% in case of any transfer, occurring overseas, which would be qualified as indirect transfer of an asset located in China. However and as an exemption, one of the safe harbour provisions provides that the withholding tax pursuant to this Public Notice No.7 does not apply in the event where the foreign transferor (i.e. the exiting fund) would directly hold and transfer the Chinese assets, the income from such direct transfer being then exempted from Chinese income tax under the applicable tax treaty or tax arrangement. Given the existence of a double tax treaty (“DTT”) between Luxembourg and China, which is applicable to certain types of funds (a Luxembourg SICAR in the case at hand), the Luxembourg fund which was granted a waiver on this 10% of withholding tax pursuant to the DTT. This ruling remains extremely attractive for asset managers having exposure to non-listed companies in China. The absence of withholding tax by using a sound structure would allow the sponsor to achieve a considerable return for the fund and its investors.

Can clients keep their portfolio management function in Asia?

Yes. Sponsors in Asia can perfectly keep the portfolio management by acting as the discretionary investment manager to the fund to be established in Luxembourg, provided that this sponsor is an asset manager supervised by an Asian regulator who has concluded an MoU with Luxembourg such as Hong Kong, Singapore and Japan. For more information regarding the status of MoU, please click on: https://www.esma.europa.eu/document/aifmd-mous-signed-eu-authorities

While managers are located in a jurisdiction which has not yet concluded such MOU, the fully authorized AIFM in Luxembourg could offer to front the portfolio management by receiving investment advice from the sponsors. Such model is widely used and welcomed even by large PE/RE managers given the fact that the latter does not always have the asset management license but also the number of transactions per year is limited. Such a set up remains very close to that employed within offshore funds (such as Cayman structures) and also allows for a very efficient management model to which Luxembourg third party AIFMs are very acquainted with. 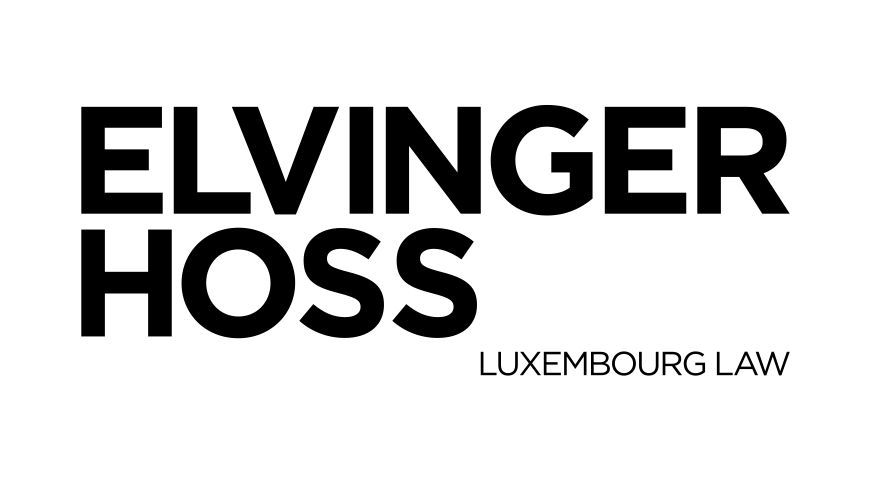 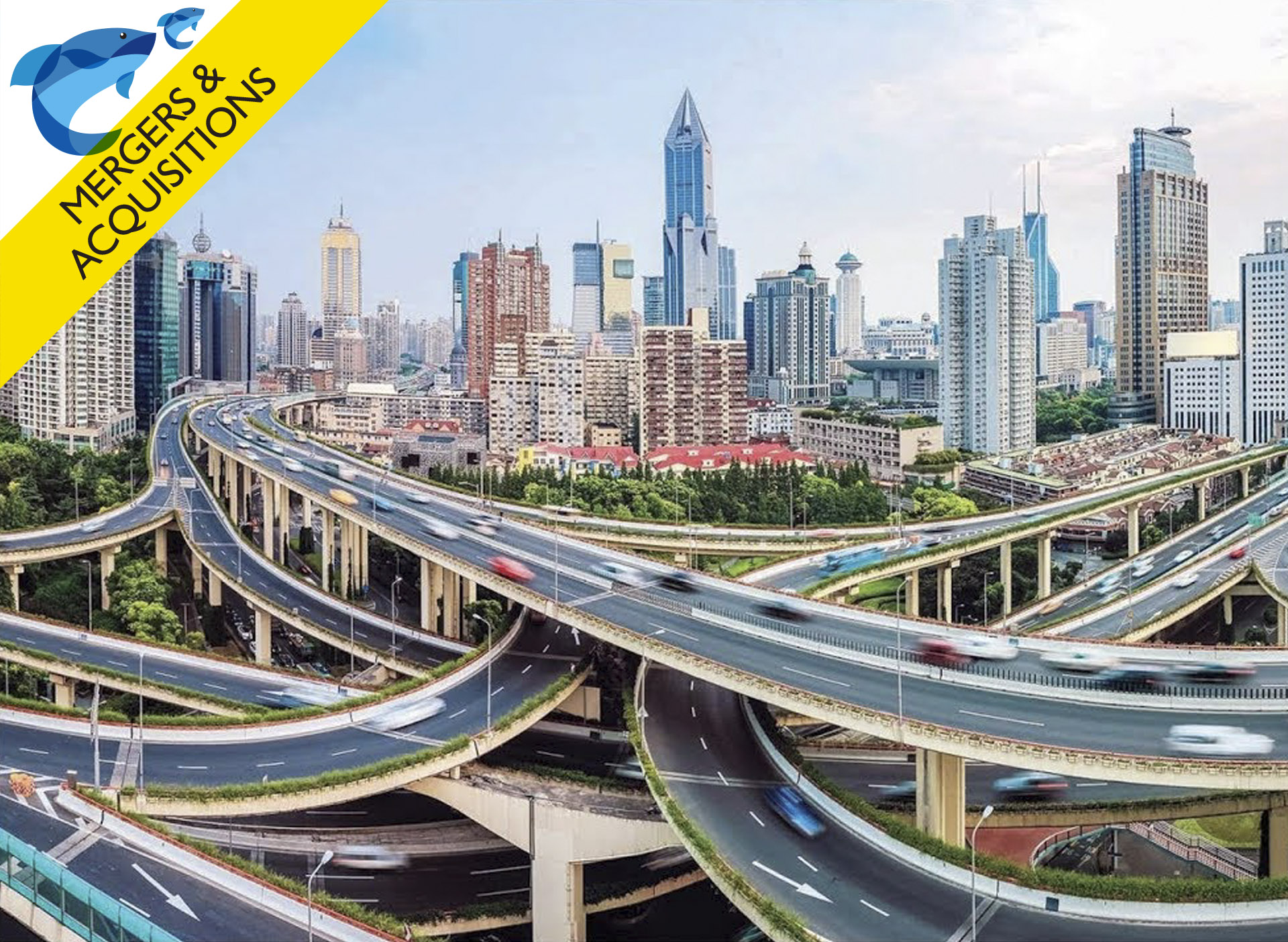 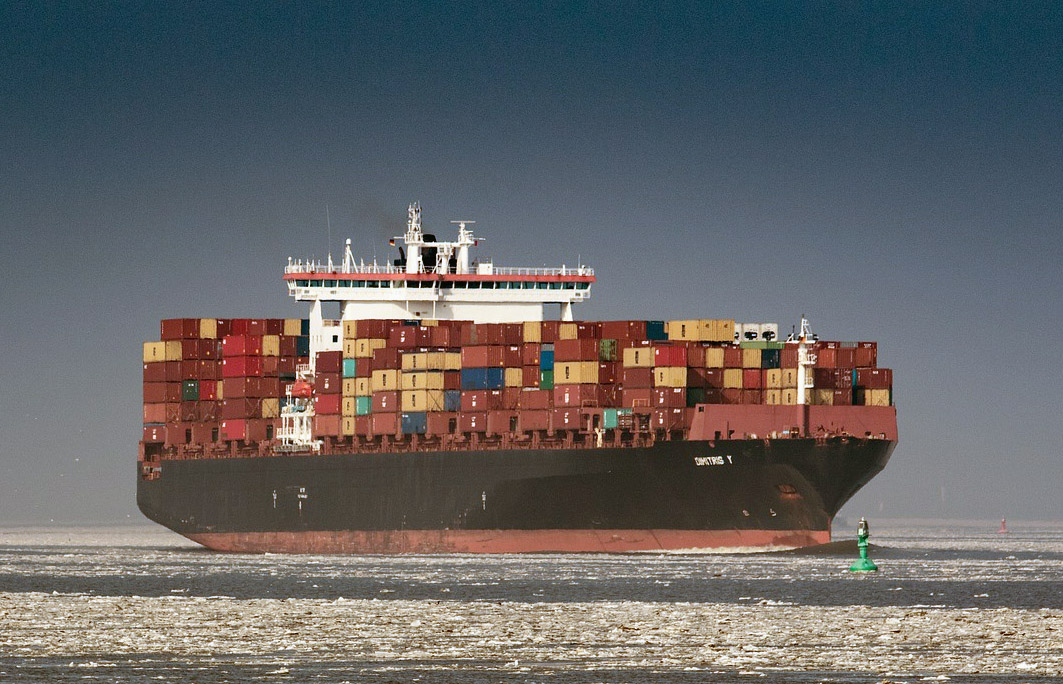