CHINA Inc: Investment opportunities into and out of China

Defying the GFC and strategically driving growth in virtually every sector, the world’s gaze remains fixed on China to continue its upwards trajectory. Frances Woo and Tiffany Chan of Appleby chart investment trends into Africa as well as the mushrooming consumer industry in the PRC.

IN-HOUSE OPINION: If you are an in-house counsel and you have a comment or an opinion you’d like to share either on this article or its subject matter, contact us at: inhouse@inhousecommunity.com with the article title in the subject line, stating clearly if you wish your comments to remain ‘Private’ or ‘Anonymous’. 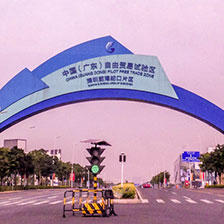