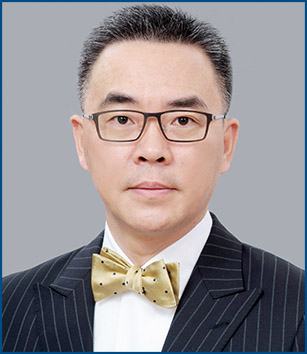 Mr. Jin joined Haiwen in 2015.  Before that, he worked with King & Wood and later King & Wood Mallesons for 20 years as a senior partner and the founding partner of its dispute resolution practice in Shanghai and the Yangtze River Delta area.

Mr. Jin is highly recommended in various legal directories including Chambers Global, Chambers Asia, the Asia Pacific Legal 500, where comments include: “band 1 dispute resolution lawyer in China,” “a very experienced lawyer who understands his subject area very well,” “multi-talented and highly-respected litigator,” “very well regarded in arbitration,” “solid legal knowledge and first-rate document-drafting skills to deliver solutions on time and on budget,” and “a name on many a foreign multinational’s speed dial.”

Mr. Jin is engaged as a member of the Administrative Reconsideration Committee of Shanghai Municipal Government, an adjunct professor of East China University of Political Science & Law (ECUPSL) where he instructed the course of patent litigation in the graduate school, and external mentor for LL.M candidates in Shanghai University of Finance and Economics Law School, and Shanghai University of Political Science and Law.  In the past 8 years, he has been elected as a council member of the Shanghai Bar Association.  In his earlier years, Mr. Jin had been a people’s representative of a local district in Shanghai where he had served his voters and the community for 10 years.  Mr. Jin was rewarded as an advanced individual among the legal service providers in Shanghai with a Third-Class Merit of the Ministry of Justice, and an Outstanding Youth of the 10th Round in Shanghai Changning District.

Mr. Jin co-authored the first and second editions of “The Art Collecting Legal Handbook” published by Thomson Reuters in 2013 and 2016, and “Commercial Litigation, 2nd Edition,” published by Sweet & Maxwell in 2015.

Mr. Jin obtained his LL.B degree from East China University of Political Science & Law in 1993, LL.M degrees respectively from the University of International Business and Economics (1996) and Georgetown University Law Center (2011).  He is admitted to the Chinese bar.  Mr. Jin’s native language is Chinese and he is fluent in English.