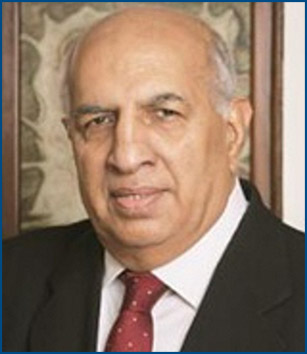 I have completed my schooling from Cathedral & John Connon High School, Bombay and graduated with a Gold Medal from Bombay University in 1970. I obtained my Degree in Law from the University of Cambridge, UK. Advani & Co. has evolved as a leading name in arbitration law practice. I am a specialist in both Domestic and International Arbitration. I have been a lead counsel in large number of International Arbitrations under different arbitration rules such as the LCIA, Swedish Arbitration Association, ICC, SIAC and Zurich Chamber of Commerce.

As a Lead Counsel, I have conducted a wide range of arbitrations mostly on construction projects and infrastructure including the Energy/Natural Resources sector, Oil Refineries, Financial services, FMCG sector, Metro/Rail Contracts and also for solar and wind power.

By and large, the maximum number of arbitrations we have conducted is in the Energy/Natural Resources sector namely, for Offshore Oil & Gas. We have acted and continue to act for the main global players on oil and gas including Halliburton, Schlumberger, Baker Hughes, Subsea7, NPCC and several others. We have also acted for a number of Indian Companies such as Dolphin Offshore, Great Eastern Offshore, Naik Services, and several others.

We have also acted for a number of Public Sector Undertakings (PSUs) including HPCL, SAIL, and JNPT in major arbitrations.

We are currently acting as Lead Counsels for a number of arbitration and litigation matters arising out of major contracts on behalf of Swiber Offshore Construction Pte Ltd. & Sime Darby Engineering Sdn. Bhd.

We have also represented a number of International Companies carrying on business in India such as, Mitchell International Pte. Ltd., General Electric, Gilbarco Veeder-Root.

We have a successful record of half a dozen arbitrations where the Award has been in excess of USD 200 million. Over the years enforcement of Awards has become a significant area of practice in which we have successfully enforced International Awards & Foreign Decrees from the High Court level to the Supreme Court of India.

We have always been ranked in ‘Band I’ for arbitrations on an all India basis in Chambers & Partners. Global Law Experts, Who’s Who of Lawyers, Legal 500 and several other publications continues to rank Advani & Company in their ‘Band I’ for Dispute Resolution.

In 2017, the India Business Law Journal also awarded our firm the Best Dispute Resolution law firm in India. Mr. Advani was also ranked by the same Journal in the ‘A List’ of lawyers.

I was elected as the first President of the newly formed Indian Arbitration Forum (IAF) which consists of all the eminent Indian law firms.