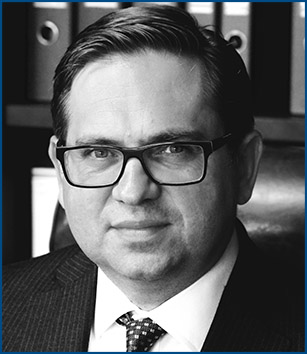 Dr Christian Konrad is an Austrian Rechtsanwalt, a solicitor of England and Wales, and admitted as Euroadvokat in the Czech and Slovak Republics.

He is the founding partner of Konrad & Partners, an international law firm offering comprehensive legal services in the area of dispute resolution, with a particular focus on international commercial and investment arbitration. The firm has offices in Vienna, Prague, Bratislava, Skopje, and London.

Dr Konrad has represented international organisations and businesses in a broad range of disputes involving long-term energy contracts, complex construction contracts, concession agreements, entitlement to natural resources, immunity from jurisdiction, infrastructure projects, and mergers and acquisitions. He regularly advises clients on the protection of their investments with a focus on Central and Eastern Europe and on the enforcement of arbitral awards and court judgments.

He frequently serves as arbitrator as well as an advocate, is a fellow of the Chartered Institute of Arbitrators and a member of the panels of various arbitration institutions worldwide. Dr Konrad regularly lectures about his field of expertise and has authored numerous publications with a particular focus on international arbitration and investment arbitration. Dr Konrad acts as Vice-President of the Kosovo Permanent Tribunal of Arbitration.