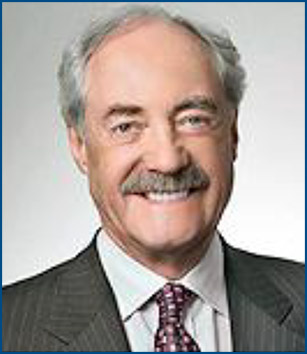 David R. Haigh, Q.C. is a senior partner with the Calgary law firm of Burnet Duckworth & Palmer LLP where he has practiced as a commercial litigation counsel in the Canadian courts and as an advocate and arbitrator in the field of international commercial arbitration. He has served as an arbitrator on numerous international commercial arbitration and investor-state panels. He has, in addition, acted as counsel on a wide variety of arbitration matters, including ad hoc, institutional, private and investor-state disputes.

David served as the national chairman of the Canadian ICC Committee for 6 years and as a director of the American Arbitration Association (“AAA”) for 12 years. David has been a Fellow of the Chartered Institute of Arbitrators for many years and is now a Chartered Arbitrator. He is also a Fellow of the American College of Trial Lawyers and a Founding Member of the Western Canada Commercial Arbitration Society.

David has been recognized as a panelist on the Energy Arbitrators List published by the ICDR and is also a panelist with numerous well-recognized international arbitration centres, including conducting arbitrations in recent years among a large variety of nationals and state entities.

David has represented both claimants and states in various investor-state matters.

David’s extensive experience as a leading Canadian litigation counsel has prepared him for a widely based arbitration practice. He has actively participated in disputes involving, among other things:

David is frequently referred to in publications as a leading practitioner in this field.