In the ongoing transformation of Asian capital markets, money flows are changing direction and new industries are rising across the region. But Hong Kong and Singapore regulators still set the pace, reports Eric J. Brooks.

IN-HOUSE OPINION: If you are an in-house counsel and you have a comment or an opinion you’d like to share either on this article or its subject matter, contact us at: inhouse@pbpress.com with the article title in the subject line, stating clearly if you wish your comments to remain ‘Private’ or ‘Anonymous’.

Bahrain’s reaction to the global pandemic
Bahrain has implemented various limitations and requirements, and continues to monitor and extend the applicable timeframes.
Related Articles by Jurisdiction 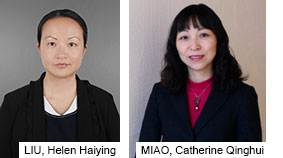 Managing your distributors in the anti-trust new dawn
Two years ago, people didn’t talk much about anti-trust in China. At that time, the anti-monopoly law (AML) had remained silent …

In-House Community Counsels of the Year e-Ceremony 2020
The results of our virtual awards ceremony are in — we list the winners in all categories and round up a successful evening.
Jobs of the Week from mycareerinlaw.com
Job Search
Market Trends
Jobs Alert Sign-Up
Submit My CV
Upcoming Events