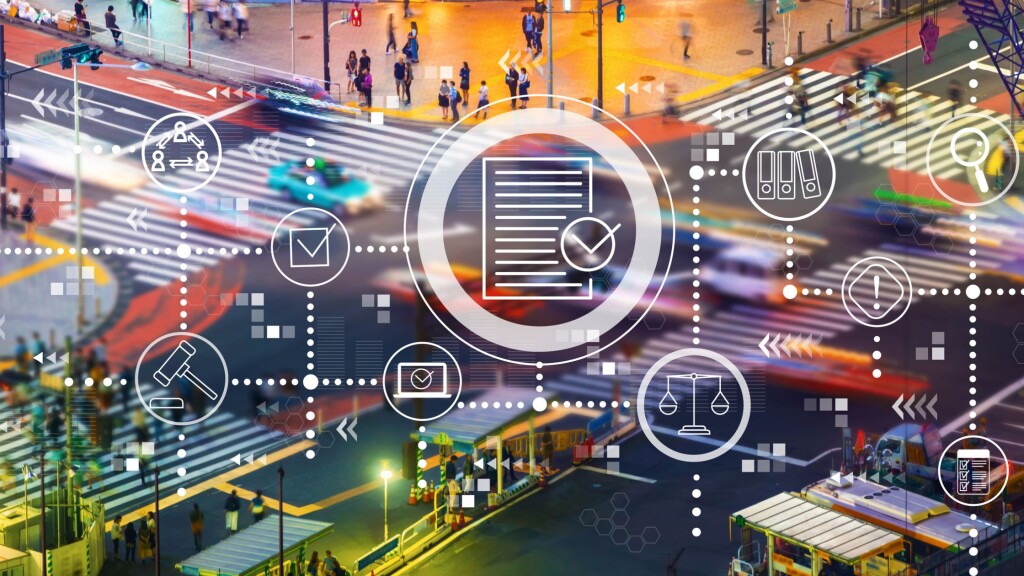 As humans, we are thought to be cognitively hardwired to resist change. As lawyers, this predisposition has been reinforced through years of adhering to precedent and defending the status quo – lending the profession a reputation of conservatism.

Shogo Osaka, Managing Director, Legal at FedEx Express North Pacific region, recognizes this characteristic of the occupation, but is optimistic about its potential for development.

“We are too busy with traditional legal work to spare time for learning and practicing technology which has yet to be valued as our profession’s core competency,” he said. “But given our profession’s strong logical thinking skills, I believe lawyers are capable enough to catch up with technology if so motivated.”

Daniel Walker, Chief Commercial Officer of Zegal, an ‘end-to-end platform for the legals smaller companies need’, shares similar sentiments. “From my view,” he said, “it’s not that lawyers are against technology, it’s simply that they are very focused on the law and anything outside of that is less important. Legal tech has highlighted the inefficiencies of the traditional law firm structure and now clients are asking for a more efficient, less expensive structure.”

While technological innovation may have received a cool embrace by the sector pre-pandemic, COVID-19 has forced a shake-up within the legal profession.

Change became our constant as we moved to lockdowns and working from home. Courts were disrupted and the business travel we loved to hate was cancelled (although see this issue’s article by Ban Jiun Ean of Maxwell Chambers on why it may yet come back strong).

Up sprang both new solutions and those which had quietly been sitting in the shadows, now to be met with more welcoming open arms. Legal tech resistance turned to reliance as in-house lawyers world over (our own community included) rose to the challenge and in record time adopted legal practice and contract management platforms together with cloud storage solutions, while digitizing consultations with business partners and clients. Courts, too, saw some long overdue changes with online filings and virtual hearings.

Even in Japan where, as Osaka describes “ink-chopping on a contract had been a longstanding practice”, more businesses started to use electronic contract execution which not only saved Osaka’s team time in physical signing, but cost in stamp duties which are not applicable to such documents (a certain win-win).

Walker agrees that the pandemic has proved a catalyst for legal tech adoption.

“The relentless onslaught of COVID-19 definitely sped up the need for online legal solutions, particularly for small businesses, which … have borne the brunt of the tough measures we all faced during that period.  In many respects,” he said, “COVID-19 has provided a global proof of concept about how legal services can be delivered virtually. This has been achieved from something as simple as using e-signatures to the complexity of resolving disputes online and all manner of online communication in between.”

For while change may rock the boat, its winds can also provide tremendous opportunity if we choose only to raise our sails (although to navigate new seas is not always easy).

Getting to grips with the buzzwords of the tech age is no small task. We’re learning about blockchain technologies, the metaverse, ODR (online dispute resolution), APIs (application program interfaces – software intermediaries that facilitate two or more applications to ‘speak’ to each other), end-to-end contract automation platforms (from drafting and negotiation, to updates on coming actions), and, as a corollary, platform fatigue (due to dividing one’s time between a multitude of screens, windows and apps, mixed with the stress of missing something while doing so – a pedantic lawyer’s nightmare).

Along with these, words we’ve long known are adopting new meanings and significance – like privacy and (cyber)security. In-house counsel surveyed have said that with the sensitive nature of legal work, risks related to data breaches have become primary concerns.

This need to improve digital literacy has seen some academic institutions and universities across Asia establishing courses that teach computational thinking and skills to a legal audience, while others specifically focus on business impacts of innovation and legal tech. In recognition of the rise of the digital economy, some institutions have even developed combined tech and law degrees – like Singapore Management University (SMU) which introduced a Bachelor of Science (Computing & Law) in 2020 (a rather significant academic year).

SMU’s Centre for Computational Law is not only helping lawyers master emerging legal tech jargon, but is also developing a whole new language around the subject. The Centre’s flagship project saw a SGD$15m (US$10.9m) injection from the National Research Foundation of Singapore. It aims to create a Domain-Specific Language for the expression of laws, contracts and legal rules as computable units. In essence, it would allow a lawyer to write a contract with code-like language which could then be run to check for logical errors or missing definitions. This coded language would then be translatable to many natural languages at once!

Law firms and member networks are equally offering exposure to legal tech innovation to lawyers in the region, while legal tech startups and in-house counsel are ramping up their own development agendas.

Simmons & Simmons, for instance, hosted their “Asia Legal Technology Day” on 16 June 2022. In 9 sessions they covered technology-driven eDiscovery and investigation; outlined the benefits of their Crypto Reviewer (enabling the search and analysis of accurate information on a field that is constantly evolving); and introduced their own answer to flexible resourcing: Simmons & Simmons Adaptive which launched in Hong Kong this year (see our conversation with the team in this issue).

On the networking front, 2019 saw the launch of ALITA (the Asia-Pacific Legal Innovation and Technology Association), a regional platform for legal innovation and technology initiatives. Their mission is to develop Asia into a hub for legal innovation by promoting the development and use of legal tech and regional collaboration. ALITA boasts a network of 10 countries and counting. Members are able to interact, co-develop and innovate using the frameworks and toolkits provided by ALITA through which legal tech vision, roadmaps and associations or coordination bodies can be established and experiences shared.

In demonstrating that not all legal tech need be complicated or expensive to make a real difference, Osaka and FedEx Express have been exploring possibilities with the Microsoft suite. In 2021, Osaka formed a task force to enhance the legal department’s portal site for clients based on Microsoft SharePoint, offering various resources including contract templates, guidelines and self-help tips. Using Power Automate, similarly from Microsoft, they also developed several automation tools which have replaced the repetitive work processes of the team, freeing up valuable time. Next in line is a new chat bot project using Microsoft Power Virtual Agent.

“Those no-code/low-code Microsoft applications are very powerful thanks to the compatibility with other Microsoft applications such as Outlook, Teams, Word, PowerPoint and OneDrive,” Osaka said. “Furthermore, there is no need to clear information security concerns nor pay additional fees if the enterprise has already procured certain package licenses for the employees. The feedback from our internal clients is in general positive given the ubiquitous accessibility and the speed which the automation process may offer when the requirements are met.”

In Walker’s view, partnerships – such as that offered by Zegal – are the favoured way to leverage technology. Walker explained,

“We partner with law firms to make their businesses more efficient as their client’s need for speed intensifies, so they can concentrate on the complex legal work that demands their full attention. This way, law firms can deal efficiently with simpler work, opening up their time for more complex problems.

“As the client requirement for a faster delivery of legal services intensifies, legal tech solutions become more important and more attractive. The idea of what a future lawyer needs to understand is changing as the younger generation is asked to learn about tech and innovation.” 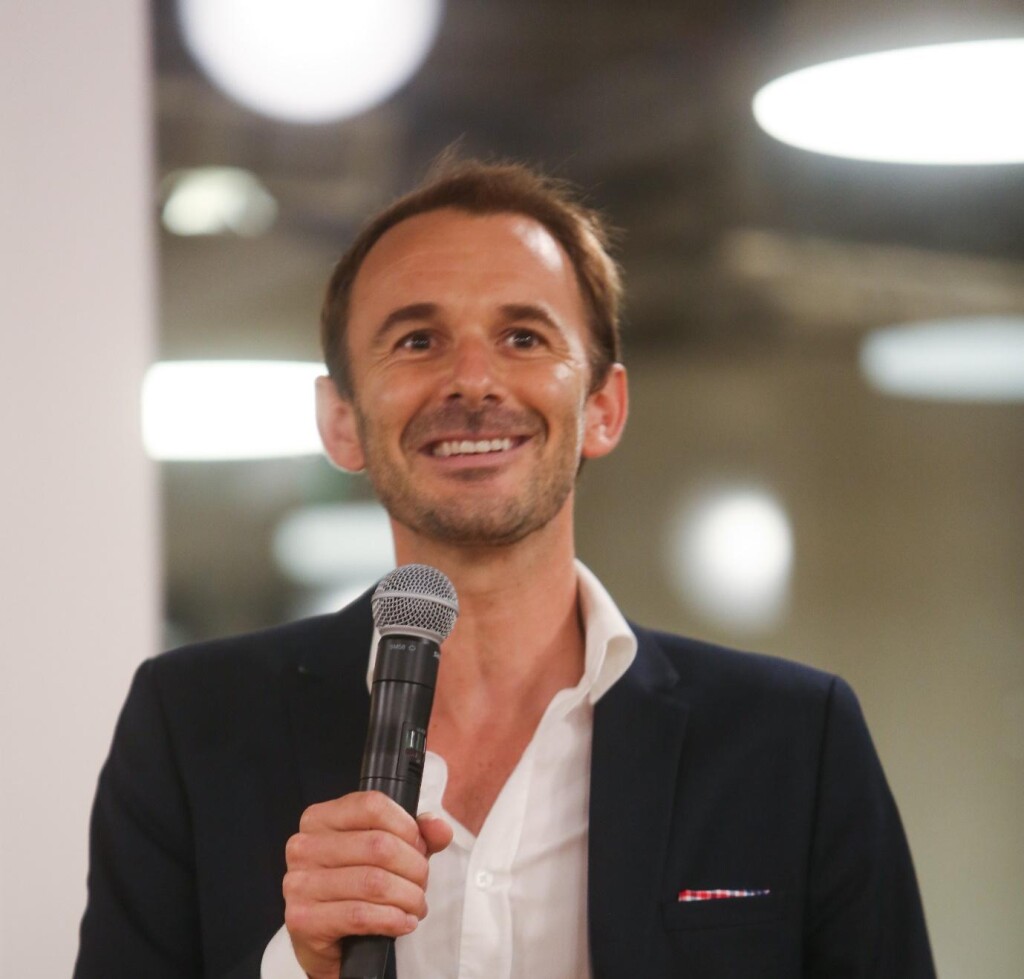 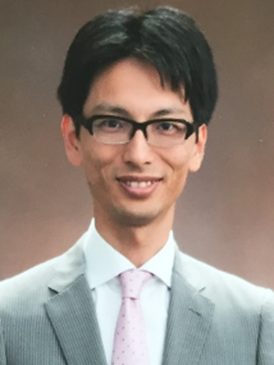 Shogo Osaka is the Managing Director, Legal of FedEx Express covering the North Pacific region consisting of Hong Kong / Macau, Japan, South Korea, Taiwan and Guam. Shogo and his team have been recognised with multiple awards including In-House Lawyer of the Year at Asian Legal Business Hong Kong Law Awards 2022. 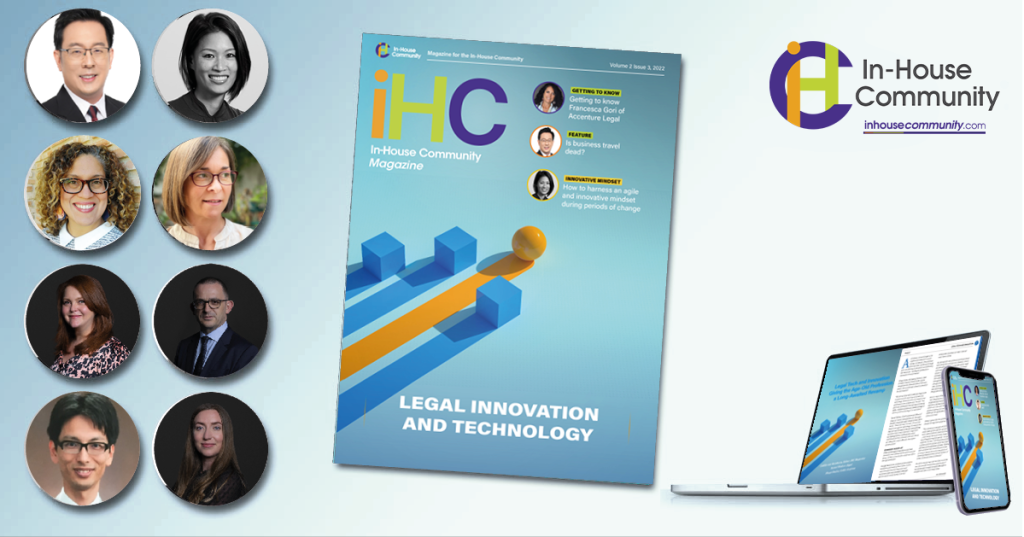 Third Party Funding in Thailand – Is it Possible and Relevant? With Special Insights from Deminor Litigation Funding
Related Articles

Third Party Funding in Thailand – Is it Possible and Relevant? With Special Insights from Deminor Litigation Funding
Related Articles by Jurisdiction
Latest Articles