In recent years, there has been a paradigm shift in how corporate India addresses corruption, according to Manjula Chawla, Chandni Chawla and Ashna Gupta, of Phoenix Legal

How has anti-corruption compliance evolved in India?

Companies in India have started taking a more pro-active and conscious approach in dealing with corruption within and outside their organisations. Bribery and corruption have become key concerns for companies, especially for those engaging in business globally. Hence, this change has also come about mainly to comply with anti-corruption and bribery laws of other countries, especially the United States and United Kingdom, which also provide the authorities with extra-territorial powers.

Accordingly, the companies have started to adopt their own internal procedures and policies to comply with anti-corruption laws. These policies are usually prepared in order to cover compliances as required by the applicable laws in India as well as overseas jurisdictions.

Indian companies, which are subsidiaries of foreign multinational companies, have to adhere to the strict US and UK anti-bribery and anti-corruption laws and with the applicable laws of the jurisdiction wherein the parent company is located. The subsidiaries are required to mandatorily follow the exhaustive anti-corruption policies and frameworks laid down by their global counterparts.

Further, recent trends indicate that companies have actively started hosting workshops and training sessions to create awareness amongst their employees and personnel on the rights, obligations and duties under anti-corruption laws, bribery and ethics internal policies, specifically in respect of business dealings with third parties. Some organisations have also set up whistle-blower protection mechanisms through their internal policies and procedures, to encourage reporting of acts of corruption or bribery by their counterparts in the organisation.

What are some of the key laws and regulations addressing corruption?

The Prevention of Corruption Act is the principal legislation in India which provides for penalties in relation to corruption by public servants and also for those who are involved in the abetment of an act of corruption. The term ‘public servant’ has been broadly defined in the Prevention of Corruption Act to mean “any person who is in the service or pay of the Government or remunerated by the Government for the performance of a public duty”.

Until 2018, the Prevention of Corruption Act only took into consideration and criminalised bribe-taking by public servants and not bribe-giving, thereby excluding bribes given by private entities.

With the growing economy and foreign investment in India, there was an imminent need to bring the Indian anti-corruption legal framework in conformity with current international practices, and thereby amendments were proposed to be made to the existing Prevention of Corruption Act.

The other laws which deal with/regulate corruption and bribery in India have been discussed below briefly:

As on date, the extent of the anti-corruption laws is limited to the private and government sectors in India, and does not have any extra-territorial jurisdiction to cover instances of illegal gratification and payments made to foreign officials or persons employed by public international organisations.

Pursuant to the changes to the Prevention of Corruption Act notified in 2018, there are currently no further amendments being considered by the government.

What are the recent trends?

In recent years, there has been a strong public sentiment against corruption in India, especially by the government, with the citizens demanding accountability from their elected representatives. This has led to a change in approach towards enforcement of anti-corruption laws. Additional measures are being taken to tackle corruption, not only in the public sector, but in the private sector as well. Indian authorities, such as the Central Bureau of Investigation and Enforcement Directorate, have become more aggressive in enforcing anti-corruption laws and have targeted individuals and corporations, alike.

Increasingly in the last few years, there have also been instances where the authorities have discovered financial defaulters, who have absconded from India to avoid prosecution. These are individuals/promoters who have taken or guaranteed large loans from banks and financial institutions, and have been alleged to have wilfully defaulted on these loans thereby defrauding the public and private sector banks at large. In order to curb this trend, the government ratified the Fugitive Economic Offenders Act, 2018, to allow confiscation of defaulter’s properties in India.

To ensure a thorough investigation, the authorities have also started looking into bank officials and personnel to determine any instances of corruption or bribery that they may have been involved in, by sanctioning of such large loans without proper documentations and collateral.

Another recent trend that can be seen is that the law enforcement agencies have become more tech savvy and have increased their reliance on technological tools in tracking down complex corporate structures by removing their layers.

How about the acceptance of gifts or hospitality?

The Prevention of Corruption Act expressly prohibits provision or receipt, directly or through a third party, an undue advantage, including gifts, free transport, boarding and hospitality. However, under the Central Civil Services (Conduct) Rules, 1964 (amended till 2019), there is a provision for a nominal pecuniary threshold for gifts that a public servant may accept. Thus, while the public servant may accept gifts, meals or hospitality within the prescribed thresholds, the general perception is that there should be no intention to violate the provisions of the Prevention of Corruption Act.

Moreover, the Supreme Court of India in AB Bhaskara Rao v. Inspector of Police, CBI, Visakhapatnam, [AIR 2011 SC 3845] held that the quantum paid as gratification is immaterial and that conviction will ultimately depend upon the mens rea and conduct of the public official and proof established by the prosecution regarding the acceptance of such illegal gratification.

Therefore, to avoid any potential liability, most companies have clearly laid down their policies and monetary thresholds in relation to offering and acceptance of gifts, hospitality, especially during festivals in India.

What are the disclosure/reporting guidelines for corporations in India?

There is no specific legislation in India that requires corporations to disclose or report violations, potential or otherwise, of anti-corruption and bribery laws within their organisation.

However, under the Securities Exchange Board of India (Listing Obligations and Disclosure Requirements) Regulations 2015, listed companies are required to make disclosures relating to fraud and defaults committed by the company or its promoter, key managerial personnel, directors or employees, as applicable, in a prescribed manner.

Further, under the Companies Act, in case the statutory auditor of a company, while carrying out an audit, has reason to believe that fraud is being or has been committed, they are required to report the potential offence to the government if the sum involved is INR 10 million (approx. USD 135,500) or more. In cases where the amount involved is less than INR 10 million, the auditor must report the matter to the company’s board of directors or audit committee (as applicable), which must then disclose the details of the offence in the director’s report (which is required to be prepared on an annual basis).

The Whistleblower Protection Act, 2014 was passed by the Parliament of India in 2014 but it has still not come into effect. The legislation seeks to establish a mechanism to receive complaints relating to corruption or wilful misuse of power by public servants and to inquire into those complaints. While the whistleblower must be disclose his or her identity, the relevant authorities are statutorily obliged to ensure the whistleblower’s anonymity and prevent their victimization thereafter.

There are various corporate legislations which emphasize on the requirement for companies to formulate a whistleblower policy.

For instance, the Securities Exchange Board of India (Listing Obligations and Disclosure Requirements) Regulations, 2015 requires listed companies to devise an effective whistle blower mechanism to allow free communication of illegal and unethical practices.

The Companies Act also requires listed companies to establish a vigil mechanism for its directors and employees, to enable them to report legal violations, unethical behaviour or other such concerns. This encourages the employees to flag any unethical and illegal acts that they become privy to.

On a similar note, the Companies (Auditor’s Report) Order, 2020 was issued by the Ministry of Corporate Affairs on February 25, 2020, with a view to encourage greater transparency in the financial affairs of the company. It not only introduces the requirement for companies to include a wide range of financial details and statements in its auditors’ report like loans, deposits, taxes, properties, proceedings against the company for benami properties etc., but also mentions the need to disclose if any whistleblower complaints have been considered by the auditor, as received by the company, during the course of that financial year.

It is interesting to note that while there is no legal protection afforded to whistleblowers who make disclosures in connection within the private sector, most companies tend to provide protection to such whistleblowers through their internal policies and programmes.

How can corporations include law firms in their anti-corruption efforts?

There has been a considerable shift in the manner in which companies have attempted to raise awareness amongst employees and managerial personnel about anti-corruption and anti-bribery practices. This has primarily been implemented by conducting training sessions to educate the personnel of the applicable anti-corruption laws and dealings with third parties.

In order to better implement these training sessions, corporations can engage law firms to periodically conduct or participate in such workshops/sessions to educate and update the employees on the laws and also on the consequences of violating the applicable laws.

Depending on the size of the corporations, the law firms can also be called upon to make separate presentations to the board of directors and high-level managerial personnel.

In addition to raising awareness, the assistance of law firms can be sought in reviewing the internal policies relating to code of conduct, ethics and anti-corruption, payment facilitation, procurement and supply chain management from time to time. This will enable the corporations to keep their policies updated in line with the laws applicable in India and also jurisdiction of the parent company (as the case maybe).

As a matter of caution and to cover all bases, corporations can engage law firms on an annual basis to conduct an internal compliance review and audit of its practices and procedures already in place. This exercise will ensure that the internal controls of the company are kept in check and are strong enough to detect any bribes or other such corrupt practices.

Lastly, as a step to make the employees feel secure, a contact desk/point can also be allocated within the law firm to whom the employees can reach out without inhibitions in case any situations/dealings relating to anti-corruption have to be reported. 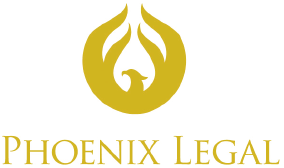 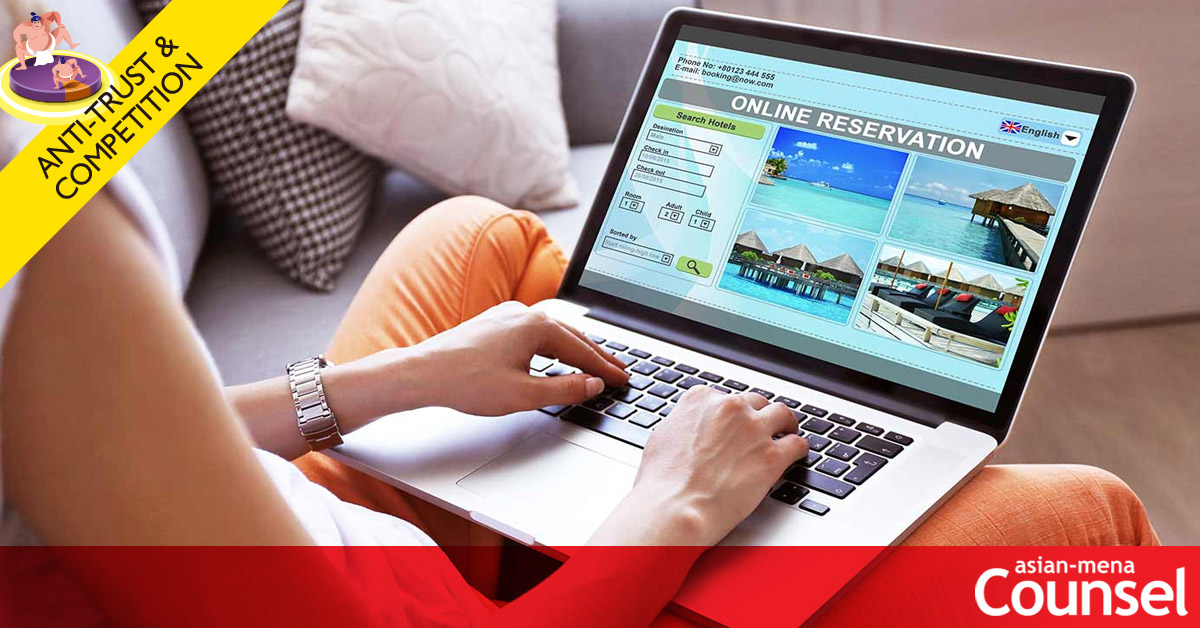 Competition watchdog turns its attention to the online hotel booking sector
Vasanth Rajasekaran and Reshma Ravipati of Phoenix Legal take a brief look at the Oyo, MakeMyTrip and Goibibo cases ...

Investing in India’s digital future
The increased use of technology has paved its way into our daily lives causing consumers to rely on it for availing even the most unconventional goods and services. This accelerated use of technology ...
Related Articles 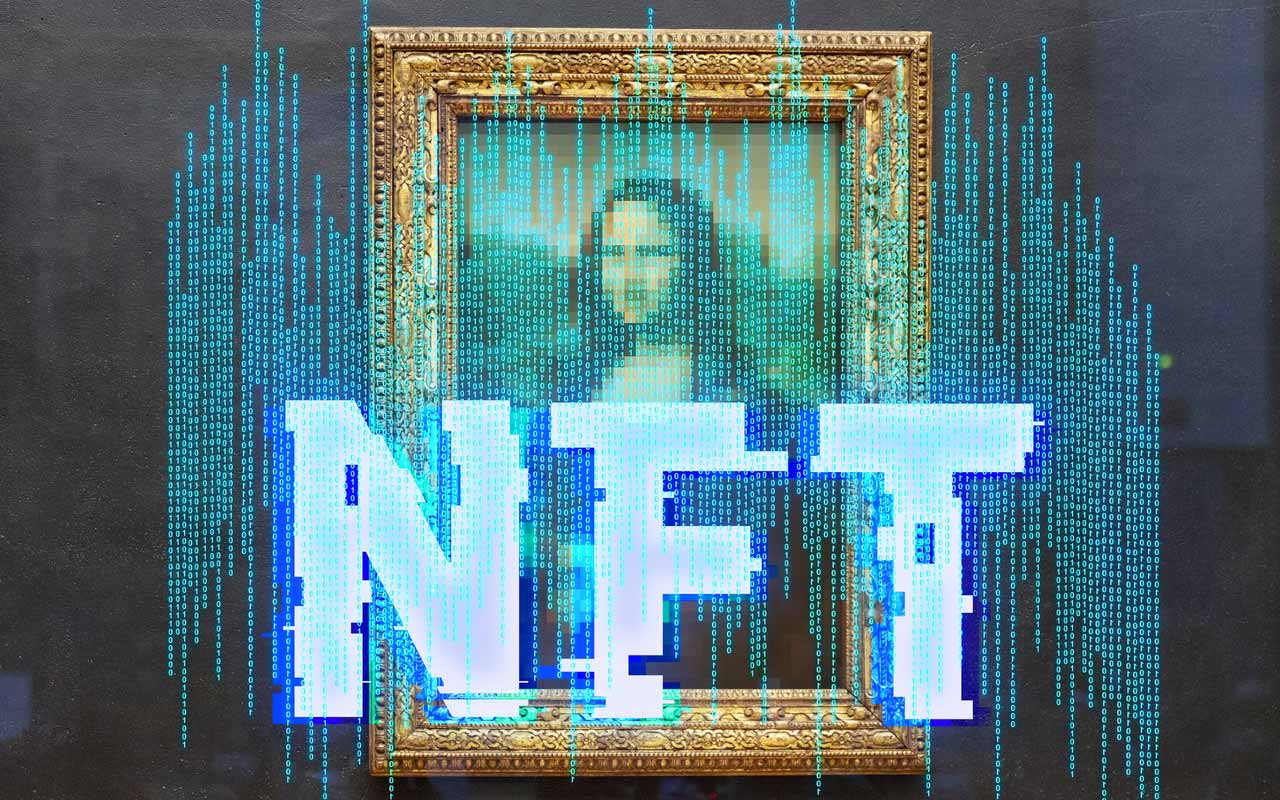 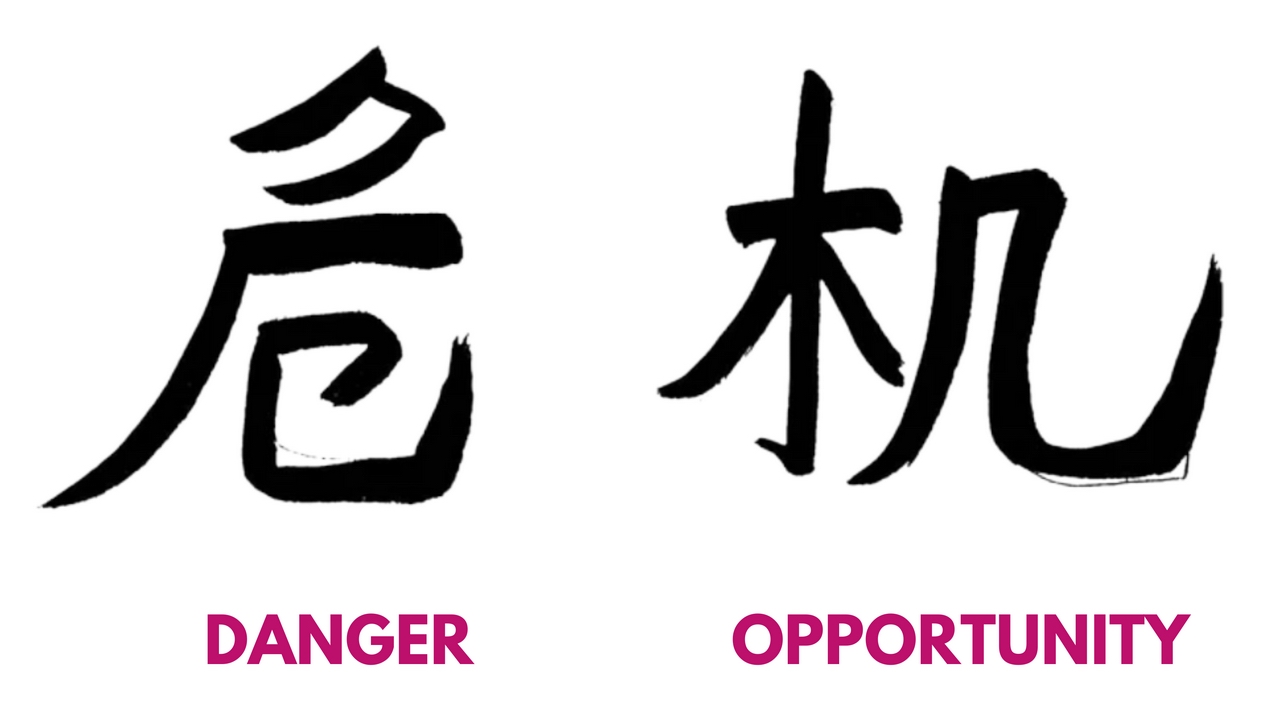 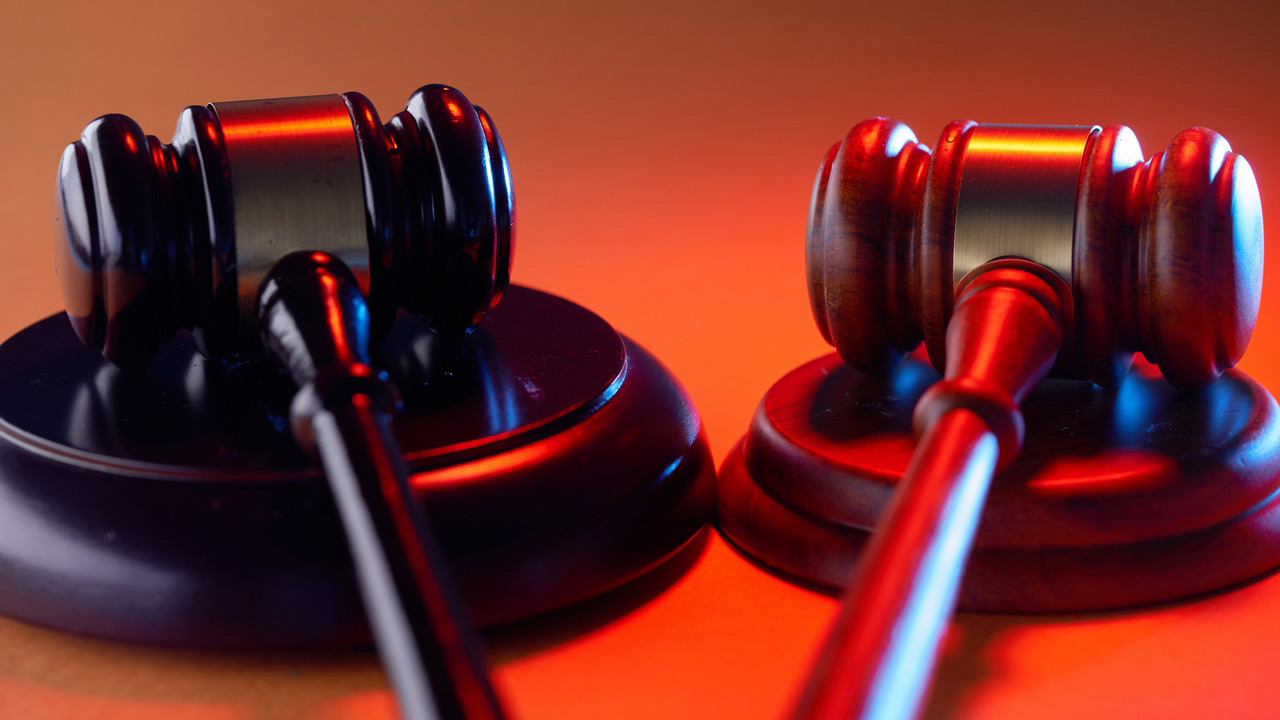 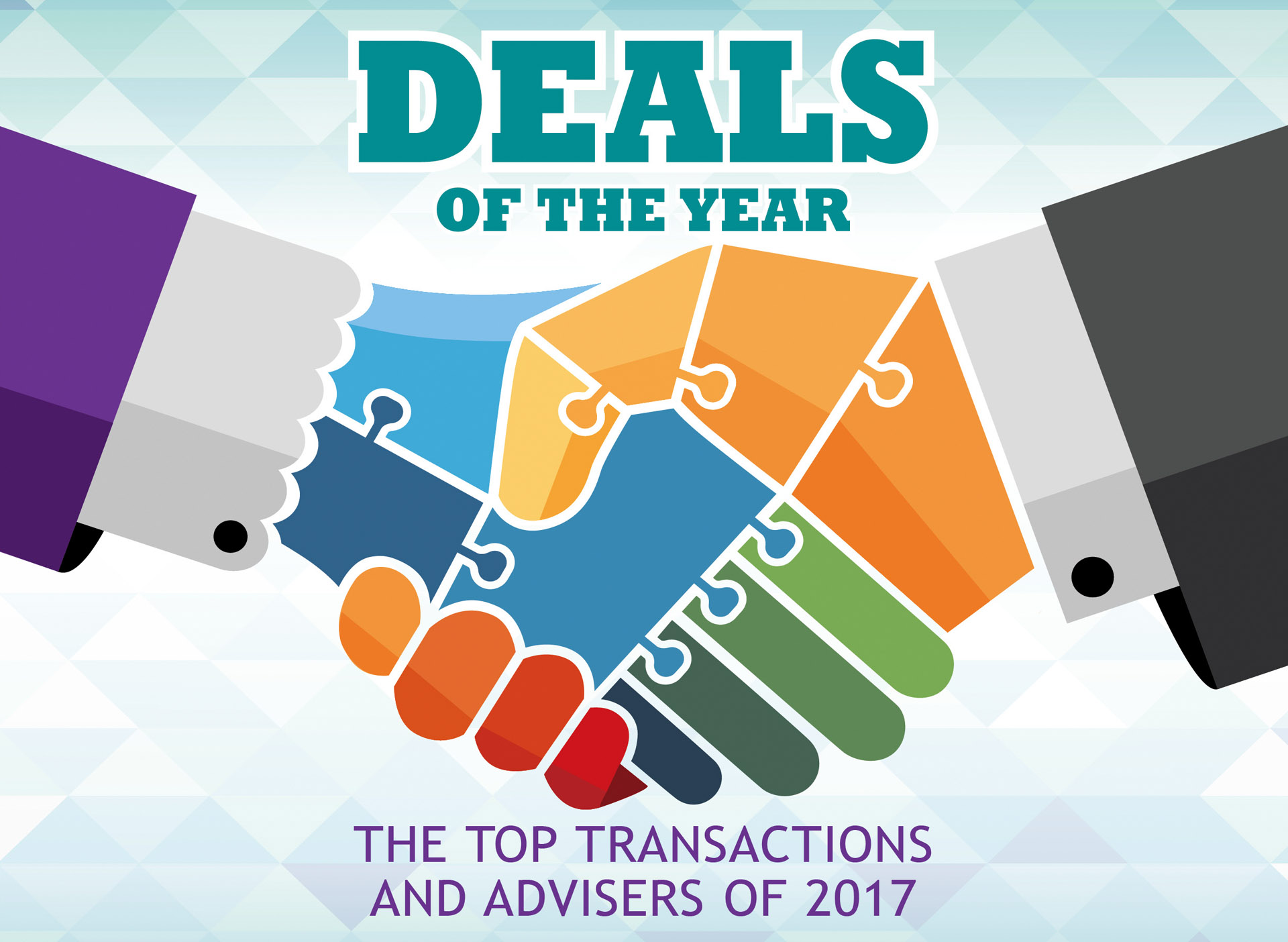 Shipping & Insurance
Turning the lens on the plight of ship owners on what can only be described as despondent times in the industry, our inaugural Shipping & Insurance issue features a cover story which carves out four of the biggest ...