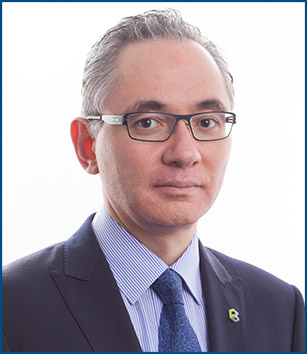 Dr Christopher To is an independent mediator, adjudicator, arbitrator, internet domain name dispute resolution specialist and disputes resolution expert who is on the panels of various leading global alternative dispute resolution bodies. He has arbitrated more than hundred international cases involving both ad-hoc and institutional arbitrations, and has mediated many complex cross-border cases. He is an accredited mediator, chartered arbitrator, chartered engineer, chartered information technology professional and a law professor. He is the Programme Director of the Masters in Law in Arbitration and Dispute Resolution at City University of Hong Kong and has represented clients in court, commission of inquiry, disciplinary, mediation, adjudication and arbitration proceedings.

As former Secretary-General of the Hong Kong International Arbitration Centre, Dr. To managed to elevate Hong Kong’s status as the regional dispute resolution hub of Asia by increasing the number of international dispute cases being referred to Hong Kong for amicable resolution as well as creating the Asian Domain Name Dispute Resolution Centre, a body that has gain international prominence within the dot.com community as a reliable, trustworthy, independent and reputable entity that manages domain name disputes. In recognition of his outstanding leadership and his contribution to the community, in 2001 he was honored as the youngest Director of the Year in Hong Kong and in 2007 he was honored as a Young Global Leader by the World Economic Forum. Christopher is currently the Chairperson of the Hong Kong Institute of Directors, a Council member of the Institution of Engineering and Technology (United Kingdom), a member of the Weihai Mayor’s Advisory Council (People’s Republic of China) and the only Asian member of a seven-member international panel in relation to public interest commitment dispute resolution procedure of the Internet Corporation for Assigned Names and Numbers (United States of America).