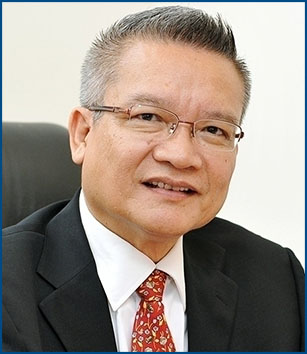 Mr. Luong Van Ly graduated from the Graduate Institute of International Studies (Geneva) and used to teach International Public Law at the Law School of the University of Ho Chi Minh City.

From 2001 to 2007, he was Deputy Director of Ho Chi Minh City’s Department of Planning and Investment, in charge of foreign investment and ODA Projects. In these capacities he became well known and appreciated by foreign investors in Vietnam as one of the most aggressive and effective high-ranking municipal government officers.

Mr. Luong Van Ly was the Senior Adviser of VLT Lawyers until it merged with Phuoc & Partners on July 01st, 2016. Currently, his work focuses on infrastructure, education, healthcare and inbound foreign investment.

Mr Luong Van Ly is an ACIArb Arbitrator and an accredited CEDR Mediator.

A native speaker of Vietnamese, Mr. Ly is also fluent in English and French.