Allen & Gledhill, together with Mori Hamada & Matsumoto, has represented Hitachi on the arbitration proceeding initiated by Posco ICT (PICT) against Hitachi under the SIAC rules. The dispute arises from the agreement between the parties on the construction of new railway infrastructure in Ho Chi Minh City, Vietnam, whereby PICT sued Hitachi for breach, termination of the agreement and for damages. Hitachi filed a counterclaim against PICT for breach of the agreement and damages. The case was decided in Hitachi’s favour by the arbitral tribunal on July 20, 2018. PICT’s claim was dismissed, while Hitachi was granted damages in the sum of US$51.79 million, interests and costs against PICT. Partners Chong Yee Leong, Chua Kee Loon and Ng Si Ming led the firm’s team in representing the client.

AZB & Partners has also advised Michael & Susan Dell Foundation on its sale, together with other entities, of 100 percent shareholding of Micro Housing Finance to Svatantra Holdings. Senior partner Hardeep Sachdeva and partner Ravi Bhasin led the firm’s team in the transaction, which was valued at Rs2.5 billion (US$33.7m) and was completed on September 11, 2018.

Hogan Lovells has provided advice on US and international securities law issues to Ircon International, together with the Government of India as selling shareholder, in Ircon’s IPO, which closed in the first week of October 2018. Formerly Indian Railway Construction, Ircon is the Indian government’s transportation construction arm. The IPO is part of an effort to privatise some of the government’s state-owned enterprises and public assets, to raise approximately US$12.5 billion by divestment in 2018-2019. Ircon is the second railway state-owned enterprise to be publicly listed. Hong Kong partner Stephen Peepels led the firm’s team in the transaction.

J Sagar Associates has advised the promoters of Ban Labs on the sale of the haircare products (under the brand name Sesa) manufacturing business to Sesa Care, an SPV incorporated by private equity fund True North. The ‘Sesa’ product portfolio includes ayurvedic and cosmetic products. As part of the transaction, Sesa Care has acquired the undertaking from Ban Labs on a slump sale basis. The brand ‘Sesa’, as well as more than 100 other sub-brands, has been assigned by an LLP (in which the promoters of Ban Labs are partners) to Sesa Care. The consideration received by Ban Labs against the slump sale has been partially utilised to acquire 26 percent shareholding in Sesa Care. Ban Labs is also entitled to an upside sharing, in the event True North gets an exit above an agreed threshold amount. Partner Sidharrth Shankar led the firm’s team in the transaction, which was valued at more than Rs11.5 billion (US$155m).

J Sagar Associates has also advised Camions Logistics Solutions (GoBOLT) and its promoters on its approximately US$5 million Series B fund raise from Aavishkaar Bharat Fund, registered with SEBI as an AIF. GoBOLT provides technology-enabled road logistic and e-commerce logistics to its clients, with services which include right vehicle selection, route/delivery planning, real time tracking, reliable documentation and control, and high level of service orientation with a single point of contact for each account. GoBOLT will utilise the funds for its expansion and working capital. Partner Pallavi Puri led the firm’s team in the transaction.

K Law has advised IL & FS Private Equity on its Rs130 million (US$1.75m) acquisition of stake in Capiler Business Solutions. Associate partner Prateek Mohapatra led the firm’s team in the transaction, which was completed on August 9, 2018.

Khaitan & Co has advised IndusInd Bank as the lender on the financial assistance, by way of a Rs2.3 billion (US$31m) rupee term loan facility; a Rs700 million (US$9.4m) rupee term loan facility, including sub-limits by way of a Rs700 million (US$9.4m) letter of credit facility; Rs500 million (US$6.7m) cash credit; and Rs1.4 billion (US$18.9m) derivative facility to Quality Care India to refinance existing borrowings, for a total of Rs4.9 billion (US$66m). The facilities were secured by way of a charge on the moveable and immoveable assets and the current assets of the borrower. IndusInd Bank provides various banking products and services to individuals, NRIs, business owners, corporates, and government and financial institutions. Partner Manisha Shroff led the firm’s team in the transaction.

Khaitan & Co has also advised Inventia Healthcare on an IPO of equity shares, comprising of a fresh issue and an offer for sale of approximately 3.2 million equity shares by the selling shareholders. Inventia Healthcare develops, manufactures, and sells various pharmaceuticals formulations in India and abroad. Partner Aditya Cheriyan led the firm’s team in the transaction.

King & Wood Mallesons has represented Qingdao West Coast Holdings as the offeror under the laws of Hong Kong on the unconditional mandatory cash offer to acquire all the issued shares in Hong Kong-listed Prosper Construction Holdings. The general offer was completed on October 3, 2018, at approximately HK$1.32 (US$0.168) per Prosper share, valuing the transaction at more than HK$1.05 billion (US$134m). Guotai Junan Capital acted as Qingdao West Coast’s financial adviser. The ultimate parent company of Qingdao West Coast is a Chinese state-owned group, which is principally engaged in infrastructure construction, land and real estate development and other industrial investments and operations. Prosper Construction and its subsidiaries provide marine construction services and leasing and trading of vessels. Sheldon Tse, Hong Kong partner and head of corporate and securities, led the firm’s team in the transaction.

King & Wood Mallesons has also advised OPUS Group on its move from the Australian Securities Exchange (ASX), through a first-of-its-kind scheme of arrangement, and listing in Hong Kong (HKEX) of its newly incorporated Bermudan holding entity, Left Field Printing Group. This marks the first successful delisting of an Australian-listed company from the ASX to be made in conjunction with the listing on the HKEX of a Bermudan holding entity. Through the transaction, OPUS Group shareholders transferred all of their shares to Left Field Printing, in exchange for shares in Left Field Printing. This was effected by way of a scheme of arrangement between OPUS Group and its shareholders. Left Field Printing was listed in Hong Kong on October 8, 2018. The listing included a share offer comprising 105 million offer shares. Priced at HK$1.00 (US$0.128) per Left Field Printing share, the net proceeds raised were approximately HK$68.1 million (US$8.7m). OPUS Group is a non-wholly owned subsidiary of Lion Rock Group. OPUS Group is a printing solutions and services provider based in Australia. Hong Kong partners John Baptist Chan and Candy Chan and Australia partner Nigel Hunt led the firm’s team in the transaction.

L&L Partners has advised Gaja Capital on its investment in KOOH Sports, through a subscription of securities, along with purchase of shares, from existing institutional investors Faering Capital India Evolving Fund, Tata Consultancy Services and HDFC Holdings. Partner Deepak THM led the firm’s team in the transaction.

Maples and Calder (Hong Kong) has acted as Cayman Islands counsel to LAIX, a Cayman Islands company, on its IPO of 5.75 million American Depositary Shares, representing its 5.75 million Class A ordinary shares, and the listing of such ADSs in New York. LAIX is an artificial intelligence company in China that creates and delivers products and services to popularise English learning. The offering, which closed on October 1, 2018, raised approximately US$72 million. Partner Richard Spooner led the firm’s team in the transaction. Skadden, Arps, Slate, Meagher & Flom acted as US counsel, while Fangda Partners acted as China counsel to LAIX. Kirkland & Ellis International acted as US counsel, while JunHe acted as China counsel to Morgan Stanley and Goldman Sachs as the underwriters.

Maples and Calder (Hong Kong) has also acted as Cayman Islands counsel to CooTek, a Cayman Islands company, on its IPO of 4.35 million American Depositary Shares, representing its 217.5 million Class A ordinary shares, and the listing of such ADS in New York. CookTek is a mobile internet developer focused on mobile applications for worldwide users. The offering, which closed on October 2, 2018, raised approximately US$45.1 million. Partner Richard Spooner also led the firm’s team in the transaction. Skadden, Arps, Slate, Meagher & Flom acted as US counsel, while Junhe acted as China counsel to CooTek. Cleary Gottlieb Steen & Hamilton acted as US counsel, while Han Kun Law Offices acted as China counsel to Credit Suisse, Merrill Lynch, Citigroup and KeyBanc Capital Markets as the underwriters.

Rajah & Tann Singapore is acting for Singapore Press Holdings (SPH) in the S$1.9 billion (US$1.37b) pre-conditional voluntary general offer for M1 by Keppel and SPH. M1 provides telecommunications services, international call services and fixed services, retail sales of telecommunications equipment and accessories, and customer services. SPH and Keppel are making the offer through Konnectivity, a special purpose vehicle which is jointly held by Keppel and SPH. Partners Lawrence Tan and Favian Tan are leading the transaction.

Skadden has acted as international underwriter’s counsel to Merrill Lynch International on the ¥37.1 billion (US$328m) equity offering by Outsourcing, which trades in Tokyo. Outsourcing is one of the fastest growing HR solutions providers in Japan, primarily offering temporary staffing services to companies in Japan and overseas. Partners Kenji Taneda (Tokyo) and Danny Tricot (London) led the firm’s team in the transaction.

Weerawong C&P has advised Total Access Communication and its subsidiary dtac TriNet, leading mobile service providers in Thailand, on the auction of the 1800MHz spectrum licence held by the Office of The National Broadcasting and Telecommunications Commission. dtac was the auction winner for one licence of 2 x 5MHz spectrum bandwidth covering 1745-1750MHz/1840-1845MHz, at the final bid price of approximately Bt12.5 billion (US$379m). The acquisition of the 1800MHz spectrum as part of dtac’s current portfolio will not only allow dtac to maintain 2G service for its large base of customers but will also provide 4G network capacity to serve the massive growth of data usage in Thailand. Senior partner Veeranuch Thammavaranucupt and partner Warathorn Wongsawangsiri led the firm’s team in the transaction.

Weerawong C&P has also advised Total Access Communication and its subsidiary dtac TriNet , major mobile service providers in Thailand, on entering into the Tower Dispute Settlement and Tower Service Agreement, as well as the Fiber and other Equipment Service Agreement, with CAT Telecom, formerly, the Communications Authority of Thailand. dtac is the first telecom company to reach an agreement with its concession grantor to settle their long standing tower disputes. dtac has also agreed to lease the disputed towers and other telecom equipment for its continued operations. The transaction provides mutual benefits for the parties and great benefit to dtac customers.

WongPartnership is acting for Keppel Telecommunications & Transportation as concert party on Keppel Corporation and Singapore Press Holdings’ pre-conditional voluntary general offer to acquire all the issued and paid-up ordinary shares in the capital of M1. The acquisition was under taken through Konnectivity, a company jointly owned by Keppel Corporation and Singapore Press Holdings. Partners Low Kah Keong and Quak Fi Ling led the firm’s team in the transaction.

WongPartnership is also acting for Keppel Telecommunications & Transportation (Keppel T&T) on the proposed acquisition, by way of a scheme of arrangement, of all the issued ordinary shares in the capital of Keppel T&T by Keppel Corporation. Partners Low Kah Keong and Quak Fi Ling also led the firm’s team in the transaction. 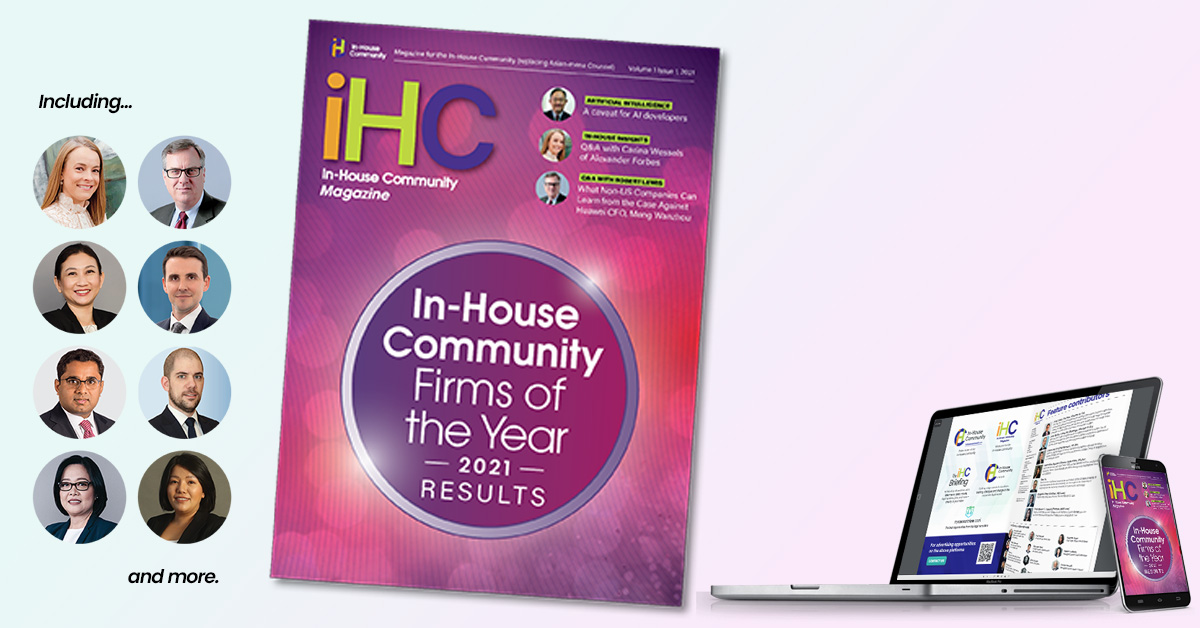 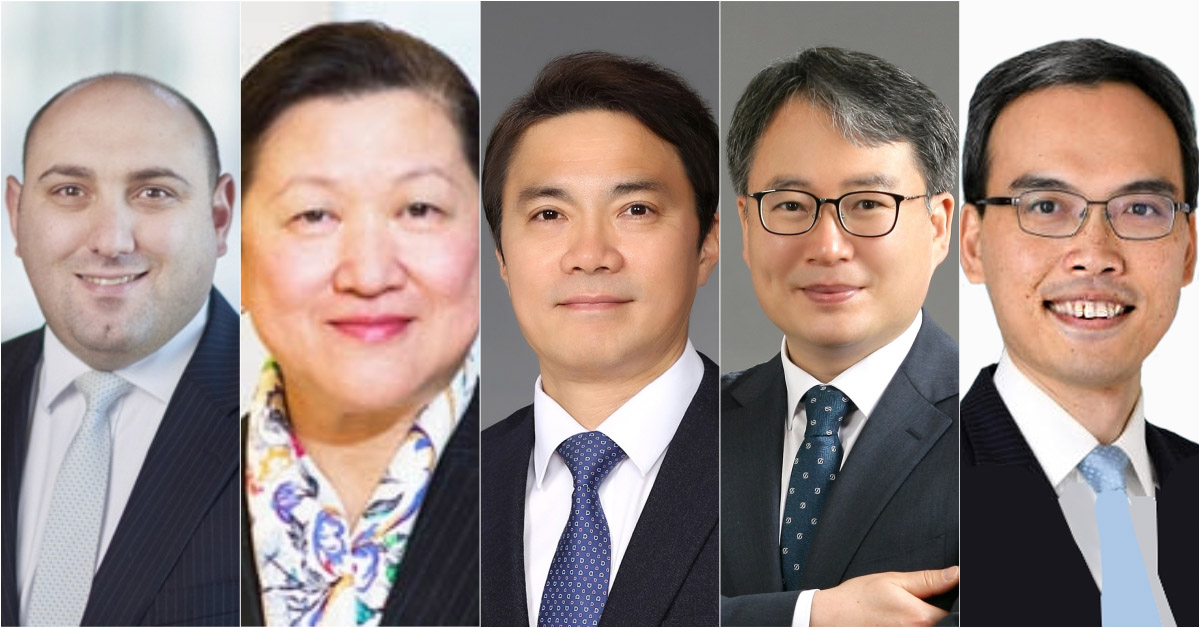 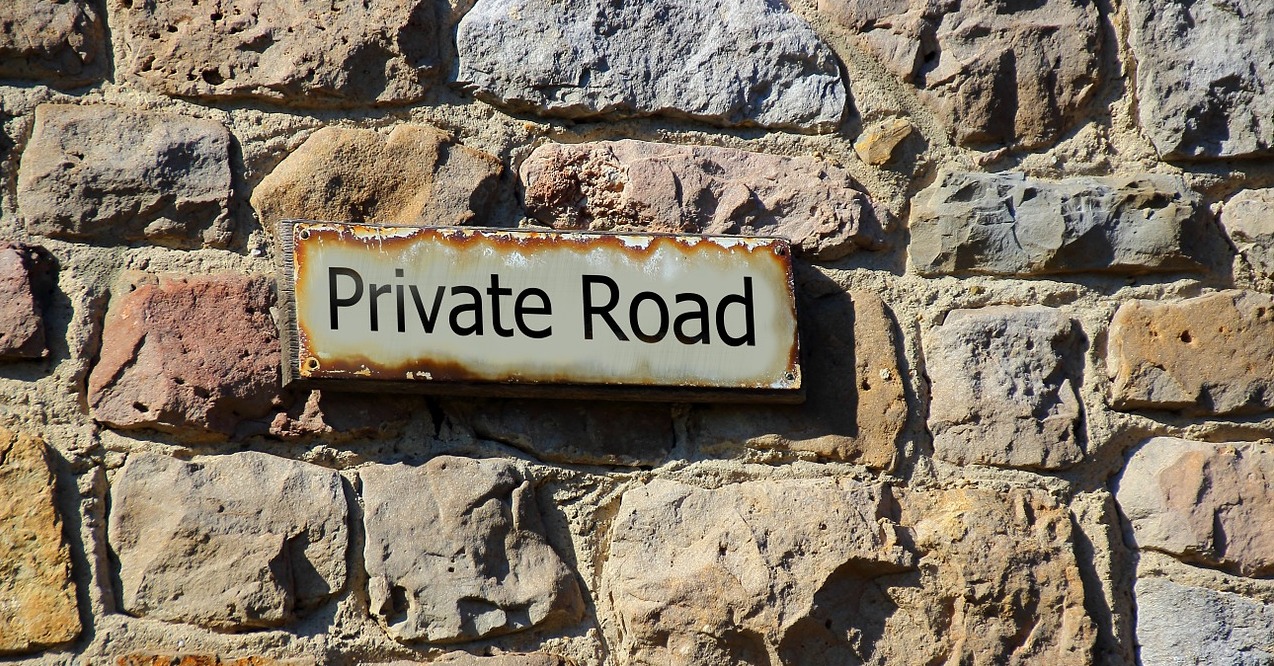