Old wine in a new bottle — or, thinking about thinking

Mark Cohen recently wrote a succinct and upbeat article for Forbes on law’s emerging global community. He defines this new community, the foundation of which is social media, as “transparent, collaborative, diverse, cross-border, problem-solving, tech and process-centric, interdisciplinary, merit-centric, flat, pedigree-agnostic and innovative”.

What’s not to like? For the baby boomers approaching retirement, quite a bit it seems. And I assure you, you are not alone if you fail to recognise this brave new legal world from where you are sitting. Indeed, assuming that Cohen’s world view is not wrong and that we are indeed living in a world of change and disrupters, how is it that BigLaw (Latham & Watkins, Clifford Chance, White & Case as examples) are currently celebrating record revenues?

To begin to bring some light on this, I am going to draw on thinkers outside of the legal industry that have nonetheless thought about the Hegelian contradictions inherent in this period of digital change.

One such is the FT’s Underground Economist, Tim Harford. In a recent column, he re-examined why “just because good ideas emerge does not mean that they spread quickly”. Drawing on various sources, including Everett Rogers, professor of rural sociology, Harford examines the adoption of innovation among individuals and organisations, and asserts: “Good advice can work, but even good advice wears off. And we can all be resistant to new ideas. The status quo is comfortable, especially for the people who get to call the shots.”

“Well what can a poor boy do, ‘cept play in a rock’n’roll band?”
So sang Mick Jagger in 1968. Mick should be the patron saint of the baby boom legal generation as we negotiate our exit from the business of law. When asked how he felt about the fact that due to Spotify the new generation of musicians were never going to be as rich as him, he simply replied “my heart bleeds”. And scratch the surface of any gathering of senior external lawyers and the Jagger sentiment soon presents itself – “What do we care, we are retiring soon.” Move like Jagger.

Rogers’ categories of adoption of innovation is quite instructive on this point, as the originator of the concept of ‘early adopters’: they are innovators, early adopters, early majority, late majority and laggards.

Back to Harford: “And for all the talk of relentless change, there is evidence that US industry is becoming less dynamic: there are fewer shocks, and companies respond less to them. The OECD research, too, suggests that the productivity laggards tend to be further behind in markets that are over-regulated or otherwise shielded from competition”.

Any of this sound familiar? The exploration of whether various bar councils are helping or hindering their charges long term through paternalism is an area to be explored another day and by minds better than mine. However, it is clear that the legal community is not the only arena subject to disruption.

“In the last few years, we’ve moved from an information-scarce economy to one driven by an information glut,” said the British author and commentator Neil Gaiman. “According to Eric Schmidt [ex-executive chairman] of Google, every two days now the human race creates as much information as we did from the dawn of civilisation until 2003. …We are going to need help navigating that information to find the thing we actually need.”

Weaving through data, there does appear to be a place for good old-fashioned lawyering after all – the need for clear-headed guidance and sound business advice based on solid legal and ethical principles has never been more in demand. But, before opening that bottle of Dom Perignon, it is imperative that lawyers think clearly and decisively about what constitutes advice and what actually holds value for the client. I want therefore to actually think about what it means to be able to give valuable advice to your client. To think about thinking.

At a recent IBA law firm management conference, Steven Yeo, general counsel for Asia at Manulife, confirmed my hunch that in-house counsel are nowadays mainly looking for advice from outside counsel in areas that the in-house team has less experience in. “One of the key differentials between law firms is the individual experience of the senior partner,” Steven told me.

Most senior lawyers give valuable advice to their clients every week, but in my experience at least, rarely do they reflect on this. Also, unless one is truly remarkable, one gets muddled between the two prevailing modes of thinking identified by Nobel-prize winning economist Daniel Kahneman, who labelled them:

Kahneman concludes that all of us experience a cognitive bias. We all have a tendency to replace complex questions with easy answers. Thus, we muddle System 2 thinking with System 1 thinking, believing that we are applying deliberate and logical thought processes to a problem when in fact we are applying fast, impulsive and emotional bias to the problem in hand. This contradiction is articulated in a different way by management consultancy guru, the late Peter Drucker, when he said: “We know what we are good at. We are usually wrong.”

Let’s take a closer look at System 2 thinking, as it may apply to the practice of law. Kahneman takes the situation of the almost seemingly magical prescience of a chess maestro to illustrate System 2 thinking in action: “We have all heard such stories of expert intuition: the chess master who walks by a street game and announces ‘White mates in three’ without stopping. …Expert intuition strikes us as magical, but it is not.”

The chess maestro’s judgment is based on thousands of hours of practice and, while looking like a fast, instinctive and emotional response, is actually both deliberate and logical. Closer to Asia, we can think of the work of the 18th century Zen monk Hakuin Ekaku, whose calligraphic brush strokes took exactly three minutes, but were based on 40 years of practice.

This is worth thinking about for lawyers; I can bet my bottom dollar that many of the senior lawyers among you can with unerring accuracy predict the likely series of problems I am going to have in two years’ time with a joint venture with a local company, say. Indeed, senior lawyers have more than 30,000 billable hours of deliberate practice to draw upon. What clients are looking for from you is System 2 thinking: deliberate and logical – wisdom, if you will. This is the golden egg – the advice that can be in a simple word, “Yes” or “No”, but built on 30 years of experience. Senior practitioners would be well served if they placed a high dollar value on System 2 advice and therefore moved away from the dreaded billable hour.

But, what happens when we muddle System 2 thinking for System 1 thinking? The life work of Kahneman and his partner, the late Amos Tversky, looked closely at the remarkable features of the human mind and exposed the faults and biases of fast thinking. And the faults and biases of fast thinking are evident in the practice of law. According to David Tang, Asia managing partner of K&L Gates: “The law is a mature profession and an immature business.”

Examples within the international expansion of Western law firms during the past 20 years are prevalent. One example is the gold rush which took place around 2012 to Abu Dhabi, where 12 international law firms opened shop in Sowwah Square. Few, it seemed to me, had really analysed the true nature of the market, considered the needs of the eight potential major clients, thought about the local legal market and the incumbent legal players. The majority of ‘The Sowwah dozen” opened offices with the mentality of “build it and they will come”. Of those 12, only six remain in Sowwah Square.

Kahneman sums up the problem thus: “Expertise is not a single skill: it is a collection of skills, and the same professional may be highly expert in some tasks in her domain while remaining a novice in others.” Put in perhaps a less charitable way, partners in law firms should be encouraged to reflect more deeply and know what they are good at (and charge accordingly): know what they are not good at – and get tools and people to supplement them in those areas. And have the confidence to charge the actual value of the wise advice that you are giving to your client.

I will leave you to ponder two economists, with more than 200 years bridging their pronouncements of wisdom – Harford and the Scottish economist and moral philosopher Adam Smith.

“All too often, we don’t pick up good ideas willingly,” says Harford. “We grasp for them, in desperation, only when we have no choice.”

“This is a warning against the person who seems to imagine that he can arrange the different members of a great society with as much ease as the hand arranges the different pieces upon a chess board,” wrote Smith.

How eDiscovery automation is driving new ways to improve the client experience
Technology can help finance and legal firms to become more efficient as well as also offering the potential to reduce cost.

Updated standards for e-meeting security
The Emergency Decree requires that electronic meetings follow the security protocols set forth under a notification from the Ministry of Information and Communication Technology. 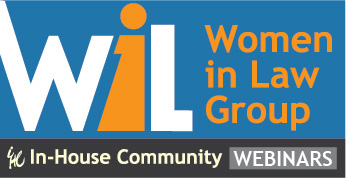